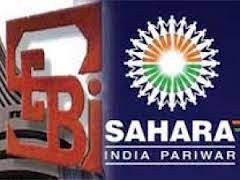 The appellate authority under the RTI (Right to Information) Act of the Securities and Exchange Board of India comprising of Mr. Anand Baiwar adjudicated in the matter of Sudikhya Misra v CPIO, SEBI, Mumbai (Appeal No. 4292 of 2021).

The respondent, in response to the queries, informed that SEBI has approved his application for refund and the same has been referred to Sahara India Real Estate Corporation Ltd. for their confirmation and informed that SEBI may release the eligible amount in due course, directly into the bank account (through NEFT/RTGS), after receipt of confirmation from Sahara. Further, a credit initiation letter intimating the credit of amount into the bank account will also be issued after initiating transfer of eligible amount.

The appellant did not mention any specific grounds for filing the appeal. However, the appellant, in his appeal sought the following information:

(1) Why is it delay for refund (since 8 months after reply from me)?

(2) What is the eligible amount?

(3) When money will be refunded?

For query number 2, the appellate authority, Mr Anand Baiwar, made reference to the matter of Hon’ble CIC, in the matter of Shri Shantaram Walavalkar vs. CPIO, SEBI (Decision dated January 17, 2013), held: “… we would also like to observe that, under the Right to Information (RTI) Act, the citizen has the responsibility to specify the exact information he wants; he is not supposed to seek any opinion or comments or clarifications or interpretations from the CPIO…”. In view of the same, he found that the respondent did not have an obligation to provide such clarification or opinion under the Right to Information Act, 2005. Notwithstanding the same, he also noted that the respondent provided information regarding the steps that will be taken for transferring the amount, after receipt of confirmation from Sahara. Upon this, he found that the query has been adequately addressed and hence, did not find any deficiency in the response provided.