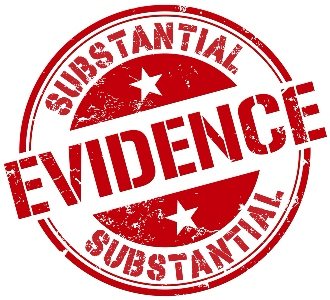 When the witness is not declared hostile by the prosecution, the defense can rely upon the evidence of such witness and it would be binding on the prosecution. This was decreed by the court in the case of Babban Singh @ Daddan Singh Vs. State of Bihar [Criminal Appeal (SJ) No.355 of 2018] said, “Moreover, on the very same evidence, eleven persons have been acquitted and in absence of any material to substantiate or reason disclosed in the impugned judgment that case of the appellant stood on different and graver footing, the conviction of the appellant is not sustainable” by the Hon’ble Mr. Justice Birendra Kumar on 2.07.2021.

The brief facts of the case are, an FIR was filed by the informant wherein, he claimed that on the day of the village panchayat election, him along with Shiv Shankar Singh(injured) and other villagers were sitting outside his house. The Mukhiya candidate along with his supporters (12 accused) came to their house armed and expressed to kill the informant. On that, one of the co-accused fired at the informant but he dodged this by hiding behind a pillar. At this sight, all the others gathered at the house started fleeing. The appellant fired at the injured causing injury to the eye. Post investigation, the 12 accused where charged under various sections of the IPC and under the arms act an underwent trial. The trial court acquitted everyone except the appellant and on the very same evidence convicted the appellant under section 307 of the IPC and section 27 of the arms act. Aggrieved by this, the appellant filed a criminal appeal before this court challenging his conviction.

After listening to the submissions by both the parties, the learned court held that the informant was not a hostile witness. It was also observed that there was no application filed by him to claim that his statement was a slip of tongue. The court relied on Raja Ram V. The State of Rajasthan (2005) 5 SCC 272, where it was held that, “the evidence of the doctor who was examined as a prosecution witness showed that the deceased was being told by one K that she should implicate the accused or else she might have to face prosecution. The doctor was not declared “hostile”. The High Court, however, convicted the accused. This Court held that it was open to the defence to rely on the evidence of the doctor and it was binding on the prosecution”. Applying a similar rationale to the present case, the court observed that 11 persons had been acquitted on the same evidence and there was no reason disclosed for the conviction of the appellant since there was no concrete evidence from any of the witnesses. Thus, the court allowed this appeal and acquitted the appellant.