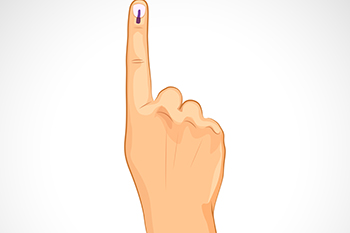 The elected official is accountable to its electorate because he is being elected by a large number of voters. His removal has serious repercussions as he is removed from the post and declared disqualified to contest the elections for a further stipulated period, but it also takes away the right of the people of his constituency to be represented by him. Undoubtedly, the right to hold such a post is statutory and no person can claim any absolute or vested right to the post, but he cannot be removed without strictly adhering to the provisions provided by the legislature for his removal. The judgement was passed by the High Court of Tripura in the case of Shri Debasish Mazumder & Ors v. The State of Tripura & Ors [W.P.(C) No. 319 of 2020] by Single Bench consisting of Hon’ble Justice Mr Akil Kureshi & Justice S.G.Chattopadhyay.

Petitioners are the elected members of Bokafa Panchayat Samiti in South Tripura District, have challenged the order passed by the District Magistrate and Collector of South Tripura District in purported exercise of powers under sub-section(3) of Section 76 of the Tripura Panchayats Act, 1993 declaring that the petitioners earned disqualification under clause(b) of sub-section(1) of Section 76 of the Act for voting in the Panchayat Samiti meeting contrary to the direction of the party.

Learned Counsel appearing for the respondent has opposed the petition contending that “it is a clear case of defection for violation of party whip by the petitioners for which they incurred disqualification under Section 76 of the Tripura Panchayats Act, 1993.” It is contended by the learned counsel that the minutes of the meeting has confirmed that the party whip was read over to the petitioners. The party whip indicates that the elected members including the petitioners were asked to vote against the no-confidence motion which was brought for the removal of the elected Chairman of the said Panchayat Samiti. But they voted in favour of the no-confidence motion contrary to the direction of the party and thereby earned disqualification under Section 76(1)(b) of the Tripura Panchayats Act.

While relying on Ram Beti v. District Panchayat Raj Adhikari the court dismissed the petition and held that “the law on the issue stands crystallised to the effect that an elected member can be removed in exceptional circumstances giving strict adherence to the statutory provisions and holding the enquiry, meeting the requirement of principles of natural justice and allowing an incumbent to defend himself, for the reason that removal of an elected person casts a stigma upon him and takes away his valuable statutory right. Not only the elected office-bearer but his constituency /electoral college is also deprived of representation by the person of their choice.”