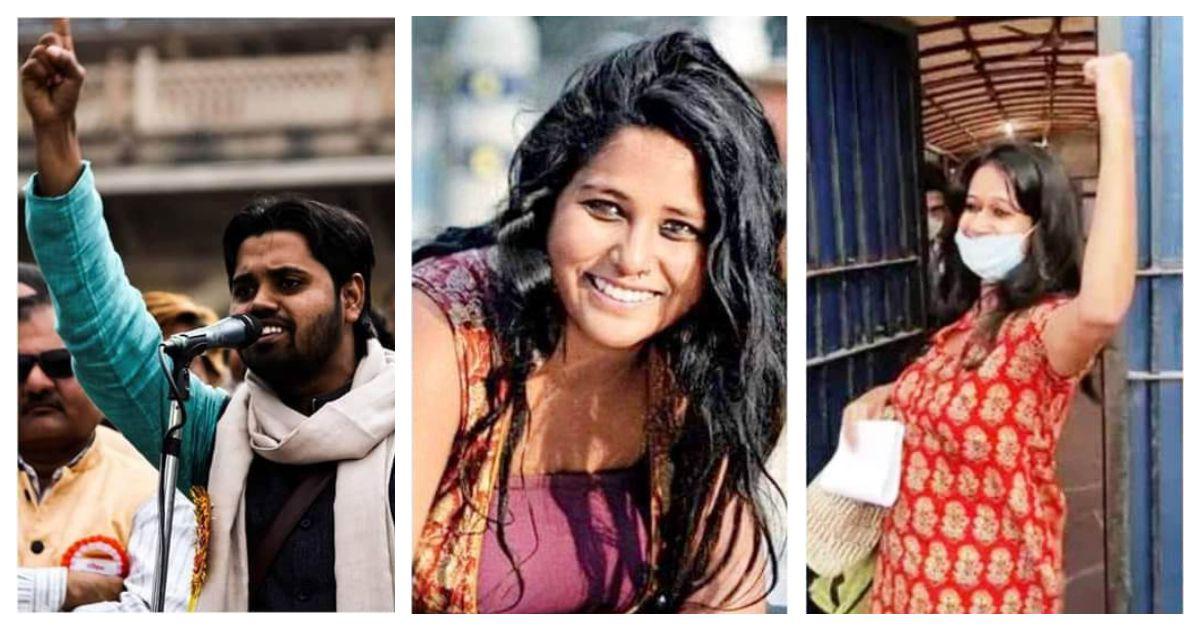 Three student activists Devangana Kalita, Natasha Narwal, and Asif Iqbal Tanha, were released on June 15 who detained in Tihar since last year for the case related to North East Delhi riots which broke just after the CAA protests. They were charged and arrested under the draconian UAPA and were granted bail by the Delhi High court. The Delhi High Court held that the police have blurred the line between a” terrorist act” and the “right to protest against a law”.

The high court said that “it seems, that in its anxiety to suppress dissent, in the mind of the State, the line between the constitutionally guaranteed right to protest and terrorist activity seems to be getting somewhat blurred. If this mindset gains traction, it would be a sad day for democracy”.

The bench held that the allegations against the accused do not attract any prima facie case under the provisions of UAPA. The charges relating to Sec-15, Sec-17and Sec-18 of the UAPA are not attracted in the present case and therefore the provision of section 43 D (5) of UAPA does not apply. The High Court, in three sets of judgments, set aside the trial court’s judgment and granted bail to the students, and allowed their appeal. The court directed the activists to furnish a personal bond of Rs. 50,000 along with two sureties.

Also, he contended that the high court judgment was a precedent in other UAPA cases. Justice Gupta stated that “The issue is important. It has pan-India ramifications. There are many questions involved here… We want to decide it for the good of the entire country”. He also stated that the way the act has been interpreted by the High court requires re-examination.

Mr. Mehta argued upon the statements of HC and stated that “The HC says eventually the riots were controlled, so it does not come under UAPA…. Now someone puts a bomb somewhere and it is diffused by the police, is the intensity of the case lessened? If I kill somebody, should I be booked only under Section 302 IPC and not UAPA even if my act comes under the definition of a ‘terrorist act’.” The Solicitor General further questioned the HC’s Statement that the provision of UAPA is being used very casually by the Government where instead the provisions of conventional penal laws like IPC could be utilized and prayed for staying the order of bail.

Mr. Sibal in his objection requested the court to grant the bail to the activists and treat this judgment as a precedent. Also, it was pointed out that the SLP filed by the Deputy Commissioner of Police was not maintainable.

The Court held that the impugned judgment will not be treated as a precedent in any court and also shall not be relied upon by “any parties” and the bail application passed by High Court will not be interfered but it will be subject to the final outcome of the case.