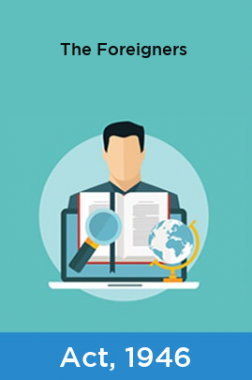 The Code of Criminal Procedure does not provide the magistrate with powers to order deportations of a foreign citizen and is limited to only acquittal and convictions of individuals involved in any offences under the ambit of the Indian Penal Code. The Hon’ble Sri Justice K. Lakshman, decreed “Learned Magistrate has to confine his findings with regard to either acquittal or conviction of accused therein under Section 248 of the Cr.P.C., Learned Magistrate is not having power to order deportation of any foreign citizen for any violation” in Bailly Gui Landry V. The State of Telangana [criminal petition Nos.4396 AND 4400 OF 2021].

The Brief facts of the case are, the petitioner who is a citizen of Ivory Coast was holding an Indian Visa which was valid till 07.02.2020 for employment. He was involved in two cases for scamming individuals of their money under the pretext of employment opportunities. The earned I Additional Junior Civil Judge-cum-IX Additional Metropolitan Magistrate, Cyberabad at Kukatpally, had acquitted the petitioner herein in both the above said Calendar Cases. He also directed the jail authorities to release the accused and deport him to his country. Aggrieved by this, the petitioner filed the criminal petition for quashing such an order of deportation.

The deportation of foreign nationals is covered under the Foreigners act, 1946. The learned judge observed that the magistrate had not provided any reason for the deportation of the petitioner which is prescribed under the Foreigners act. It was also observed that such an order was illegal and beyond the scope of powers awarded to the magistrate under Section 248 of the CrPC.

It was also brought to the attention of the court by the public prosecutor that the petitioner was residing in India illegally since his visa had expired. It was also observed that the Deputy commissioner of police acquired an order by the Foreigners Regional Registration Officer which restricted the movement of the petitioner to the premises of CCS Hyderabad, suspecting that he would indulge in undesirable activities which could be a threat to the national security otherwise. It was also noted that due to the ongoing Pandemic, the petitioner could not be deported to his home country and arrangements for such a deportation would take place as soon as possible. Section 3 and section 14 of the Foreigners act, provide the grounds for deportation of foreign nationals and the procedure prescribed for such a deportation.

The Petition filed before this court is thus allowed only to the extent of quashing the orders by the magistrate for deportation. The prayer sought by the petitioner to release him from the custody of the CCS, Hyderabad has been rejected and measures to deport the petitioner in accordance to the provisions mentioned in the Foreigners act at the earliest is duly prescribed by this court.