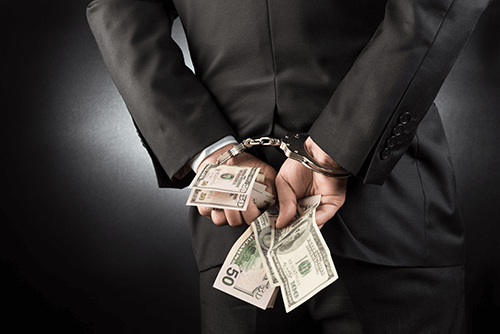 The commission of economic offences where the perpetrator achieves personal gains by illicit means which causes a huge loss of public funds is a grave offence. In A single-judge bench comprising of Justice S.K. Panigrahi adjudicating in the matter of Rajeev Mishra v. The State of Odisha (BLAPL No.958 of 2021) dealt with an issue of whether to grant bail u/s 439 CrPC to the accused or not.

In the present case the Petitioner is accused of the offences punishable under section -69 along with 132(1)(b), 132 (1)(c), and 132(1)(i) of the Odisha Goods and Services Tax Act, 2017. The Petitioners is indulged in a large number of fraudulent business by using fictitious names which were registered under OGST Act, 2017. Several persons have been beguiled into lending their name and documents for the purpose of registration of these 12 manikin firms on the false pretext of providing them gainful employment, arranging loans from commercial banks, or providing them with a monthly stipend. The identity documents have been misappropriated for obtaining registration certificates under GST Act in order to masquerading fake business transactions with an intention to defraud the state exchequer and also have caused a huge loss of Rs 42.36 crores to the State exchequer.

the Petitioner is alleged in collusion with others for faking purchase invoices from non-existent business entities and selling goods in the name of fake firms. When Petitioner was summoned by the authorities on account of such fraud, he denied all the allegations and denied any sort of involvement in any of the fictitious firms. When the Petitioner was inquired about how he came into possession of confidential GST and related information about the fictitious firms, he failed to provide a proper explanation. Also, the co-accused was in charge of the accounts of few entities and used to send pdf copies of e-way bills, GST payment challans, user IDs and passwords for the GST related information of the aforementioned fake business entities in close connivance with the other accused.

The Respondents upon investigation found no business at the declared place, and all the transactions were only on paper and had no connection with actual goods, hence the allegations are true against the Petitioner.

The Petitioner contended that he has been falsely implicated on the basis of the statement of co-accused and sharing details pertaining to GST credentials, bills, etc. over WhatsApp and email I not enough to implicate him. The Respondents controvert the claim of the Petitioner. They contended that the alleged offences are a part of an organized tax fraud that necessitates a proper investigation.

The court held that the commission of economic offences affect the economy of the country as a whole and usually involves a deep-rooted conspiracy to cause huge loss of public funds wherein the individual would rather achieve personal gains through illicit means than act in the best interest of the society. It relied on Nimmagadda Prasad vs. Central Bureau of Investigation, Y.S. Jagan Mohan Reddy v. Central Bureau of Investigation and Adri Dharan Das v. State of W.B. , the court stated that,” Considering the nature and gravity of the accusation, the nature of supporting evidence, availability of prima facie case against the petitioner, coupled with the fact that a huge amount of public money has been misappropriated and also the fact that further investigation of the case is under progress and taking into account the apprehension of the petitioner in tampering with the evidence, in the larger interest of society, I am not inclined to release the petitioner on bail.”