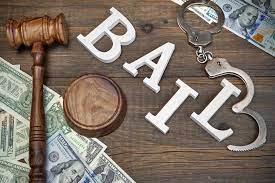 In order for an individual to avail a release on bail, imposition of payment of a certain sum as a pre-condition is unreasonable. A single-judge bench comprising of Justice Sarang V. Kotwal while adjudicating the matter in Vijaykumar Deshraj Sethi v. Senior Police Inspector, Malegaon Camp police station, Malegaon and others; [CRIMINAL APPLICATION NO. 70 OF 2021], modified a bail order passed by a Malegaon session judge.

The Court upon considering the facts of the case, set aside the operative part of the order by the lower court and instead released the applicant on bail by imposing certain conditions. The Court remarked; “Therefore, for more than one year and three months the Applicant was unable to avail of that order because of the onerous pre-condition of depositing Rs.25 Lakhs…imposing Rs.25 Lakhs as a pre-condition in the operative part was not permissible. There is absolutely no discussion in the order as to why such condition was imposed; It appears that since the FIR mentions that Rs.25 Lakhs were paid by the informant, the condition was imposed that Rs.25 Lakhs should be deposited. This is prejudging the issue without trial. It is well settled in different judgments of Hon’ble Supreme Court that such conditions should not be imposed”