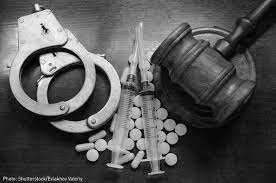 The explanation to Section 43 shows that a private vehicle would not come within the expression “public place”, the relevant provision would not be Section 43 of the NDPS Act but the case would come under Section 42 of the NDPS Act. This honorable judgement was passed by Supreme Court of India in the case of Boota Singh and Ors vs. State of Haryana [CRIMINAL APPEAL NO.421 OF 2021] by The Hon’ble Mr. Justice Uday Umesh Lalit.

This appeal filled challenged the judgment and final order passed by the High Court of Punjab & Haryana at Chandigarh dismissing preferred by the appellants and affirming their conviction and sentence under Section 15 of the Narcotic Drugs and Psychotropic Substances Act, 1985. The facts as put forth by the prosecution, police officials were present at the canal bridge on Surtia-Rori road, where they received a secret information to the effect that the accused are selling poppy straw in a vehicle on a ‘kacha path’ at Rori-Jatana road and they can be apprehended if raid is conducted. Accordingly, a raid was conducted and the accused were found sitting in the jeep at the aforesaid place. Co-accused, managed to slip away, whereas, the appellants were apprehended at the spot. Notices under Section 50 of the Act were served upon them but the appellants reposed faith upon the police officials. The search of the bags led to the recovery of poppy straw. One bag was containing 39 kg of poppy straw and the second bag was containing 36 kg of poppy straw. Two samples weighing 100 grams each were separated from each bag. The contents thereof in charge sheet were read over and explained to the appellants, to which they pleaded not guilty and claimed trial. The prosecution has also 2 of 10 produced documentary evidence to substantiate the version as put forth by it. On an application preferred by him, the vehicle in question was released by the Trial Court in favour of accused.

The court opinioned that, “The evidence in the present case clearly shows that the vehicle was not a public conveyance but was a vehicle belonging to accused Gurdeep Singh. The Registration Certificate of the vehicle, which has been placed on record also does not indicate it to be a Public Transport Vehicle. The explanation to Section 43 shows that a private vehicle would not come within the expression “public place” as explained in Section 43 of the NDPS Act, the relevant provision would not be Section 43 of the NDPS Act but the case would come under Section 42 of the NDPS Act.”

The appeal was allowed by court stating, “In the circumstances, the courts below fell in error in rejecting the submissions advanced on behalf of the appellants. We, therefore, allow this appeal, set-aside the view taken by the High Court and acquit the appellants of the charge levelled against them. The appellants be released forthwith unless their custody is required in connection with any other offence.”