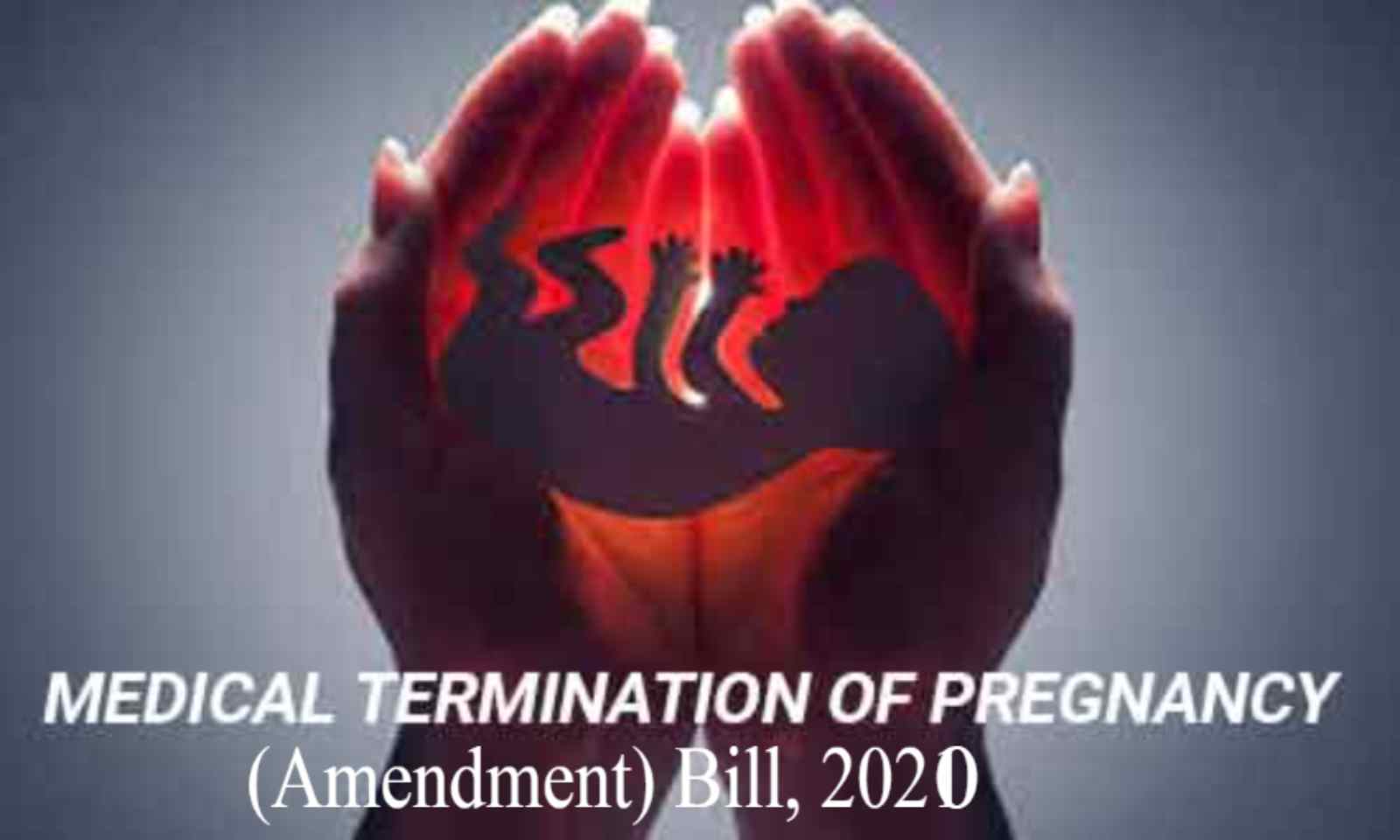 The Supreme Court in the case of Suchita Srivastava v. Chandigarh Admn.[1] had recognized that “that a woman’s right to make reproductive choices is also a dimension of “personal liberty” as understood under Article 21 of the Constitution of India. It is important to recognize that reproductive choices can be exercised to procreate as well as to abstain from procreating.” A woman’s freedom of choice whether to bear a child or abort her pregnancy are areas which fall in the realm of privacy. [2] Thus the medical termination of pregnancy act, has helped empower women with reproductive freedom in light of their inherent dignity, liberty, freedom to choose and make decisions in relation to their bodies. Under Indian Penal code termination of pregnancy is still a crime for which the mother as well as the abortionist could be punished except where it had to be induced in order to save the life of the mother. Thus the Act as a safe harbor for women who are in need of termination on certain limited grounds.

The Medical Termination of Pregnancy (Amendment) Bill, 2020, was passed by Parliament on 16th March. The Act received the assent of the President  and was notified on 25th March, 2021. The Amendment Act has been enacted with the motive to extend the limitation of time period within which a pregnancy can be terminated in accordance with Section 3 of the Act. The Act has amended the upper limit for length of pregnancy from 20 weeks to 24 weeks. The same was done because a number of writs were filed before different courts, wherein women wanted to terminate their pregnancy as the same had exceeded the 20 week  upper limit provided under the prior Act. Most of these writs were filed by women who became pregnant as a result of rape and women who had been diagnosed to with substantial foetal abnormalities din the later stages of their pregnancy.

Section 3 of the act lays down grounds under which pregnancies can be terminated legally. A medical practitioner in good faith can terminate pregnancies on grounds that the pregnancy if not terminated will place the women’s life at risk, or on the ground of grave injury to her physical and mental health, or if the child were born it would suffer serious physical or mental abnormality. The section has been amended and now women with length of pregnancy under 20 weeks, with the opinion of one medical practitioner, can get their pregnancies terminated on any of the grounds mentioned above. Whereas certain category of women which are yet to be specified under rules of the act by the central government, who fall under the second category ie women who have crossed the 20 week limit but have not crossed the 24 week length of pregnancy, such women can seek opinion of two medical professionals and undergo medical termination of pregnancy. For the time being until such rules are notified, explanation II states that where pregnancy has allegedly been caused due to rape such women will fall under the category of women who can get their pregnancy terminated under 20 to 24 week time. None of the limitations of time apply in case of termination of pregnancy by the medical practitioner where such termination is necessitated by the diagnosis of any of the substantial foetal abnormalities diagnosed by a Medical Board. Thus women that have crossed the length of 24 months but want to terminate pregnancy because of  fontal abnormalities, can approach medical board and under go termination after their approval through diagnosis.

Women that have cross the length of pregnancy beyond 24 weeks but have not been diagnosed with foetal abnormalities, ie the women that seek termination of pregnancy on the basis of rape, or grave injury to her physical or mental health, will still have to approach the court if they seek termination through writ jurisdiction of courts. Regardless the bars of time limitation under section 3 do not apply where, the termination of a pregnancy by a registered medical practitioner, has been done in good faith and where such termination was immediately necessary to save the life of the pregnant woman.

The courts of the country have time and again recognized that “ the consent of the pregnant woman is an essential requirement for proceeding with the termination of pregnancy. This position has been unambiguously stated in Section 3(4)(b) of the MTP Act, 1971”[3]. From the position of the law as well as through judgments of the courts we can infer that the Indian courts do not shy away from considering that women with reproductive freedom also have right to engage in consensual sexual encounters either in or outside marriage. Thus another change that has been made through the amendment is with respect to the terminology used under the act. The act prior to amendment under explanation 2 used the terms “any married woman or her husband”. In the judgement of High Court on its Own Motion v. State of Maharashtra[4], the court had observed that, “ today a man and a woman who are in live-in-relationship, cannot be covered under Explanation 2 whereas Explanation 2 should be read to mean any couple living together like a married couple.” Giving life to the interpretation of the learned court, the terms under explanation 2 have now been amended to state  “any woman or her partner”, thus expanding the scope of interpretation to include women who are married or otherwise as well as those with or without live in relationships. The same is a progressive step to more inclusive to the changing nature of society. The benefit of the act can now be availed by larger group of women, without the judgement of society.

The Medical Council of India’s Code of Ethics Regulations[5] protects patient confidentiality and privacy. Right to privacy includes right to choose and also to choose who has access to medical records, this right is directly connected with the liberty and dignity of a person as has been observed under KS puttuswany case. In furtherance of the right to privacy a provision on similar lines to the ethics code has been inserted under the amendment. Section 5-A has been included by amendment in the MTP Act to deal with the protection of the privacy of women. Medical practitioners have been barred from revealing the identity and other particulars of a woman whose pregnancy had been terminated under the Act. The information can only be given to authorized persons, in accordance with the provisions of the Act only. Any medical practitioner that contravenes the privacy of any such women will be punishable with imprisonment which may extend to one year, or with fine, or with both.

Despite the extension of the limitation to the length of pregnancy certain issues such as explanation of which women fall under the category of woman given under clause (b) of sub-section (2) of section 3 has been left to the central government to decide through rules, which are yet to be notified through the Official Gazette. The Act has mentioned formation of a Board to be called a Medical Board for the purposes of this Act to exercise such powers and functions as may be prescribed by rules made under this Act.[6] The Act mentions a need for diagnosis to be conducted by the board the in cases where there is presence of substantial foetal abnormalities. There has been no mention with regard to timeframe under which the board is to make such diagnosis.

The case that require such diagnosis are not effected with time limits mentioned under Section 3 (2), it can be safe to interpret that the same will apply in cases where limitation on length of 24 weeks, has been crossed. In cases of High Court on its own Motion v. The State of Maharashtra[7]  the court has observed that in “pregnancy, every day is important on account of growth of foetus. Once a woman prisoner is found to be pregnant and she indicates that she wants to terminate the pregnancy, she should be immediately referred to the hospital and it should be ensured that her pregnancy is terminated.” Thus as pregnancy and termination of pregnancy are both time sensitive issues, where each day matters, the act should have mentioned the time under which such diagnosis should be carried on by board as the matter concerned should be treated with urgency. The same would have prevented delays in the process of seeking termination in a time bound and effective manner.

Overall the Act is a welcome step as the increased time limit to avail legal termination under the act will certainly reduce the burden on the court and reduce the writs that were being filed as no other resort was present with the aggrieved women. The Act will provide relief to women who had crossed the time limit specified under the prior Act and also women who due to lack of resources and knowledge with respect too their legal rights, economic constraints were  unable to approach the court for remedy. The court has in the case of Mahima Yadav v. GovtNCTD & Ors  also observed that “the above amendments introduced in 2021 are of enormous significance as they have relaxed the conditions under which pregnancy can be terminated. In fact, there are several decisions wherein termination has been permitted on a case-by-case basis even beyond the 24-week period.”[8].

Thus the Amendment Act has through change of terminologies and reference to prior judgments from different courts which allowed termination of pregnancies in good faith beyond the specified time period, given life to the intentions of the courts that had been reiterated through various judgments. A number of petitions that had been made where abnormalities had been detected in fetus would now be resolved through the medical board itself. In the time when developed countries are drafting legislations to further restrict abortions, India is moving towards a more progressive society.