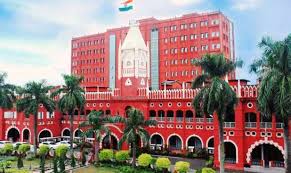 Discriminating against a person at all stages and holding him responsible for an uncommunicated order is not legally permissible. Merely taking a decision and passing it and keeping it in the file without publishing it or communicating it to the petitioner will not be a valid reason for not regularising him in accordance with the orders of the Apex Court. This auspicious judgment was passed by the Orissa High Court in the matter of RAJIB LOCHAN MAHANTA V. VICE-CHANCELLOR, UTKAL UNIVERSITY & ORS. [WRIT PETITION (C) NO. 6213 OF 2014] by Honourable Dr. Justice DR. Justice B.R.Sarangi.

This writ petition is filed for seeking direction to remove discrimination against the petitioner and instead regularize him in the Group-D post so as to claim consequential services and financial benefits as due and admissible to him at par with similarly situated persons, whose services have already been regularized as opposed to him.

The factual matrix of this case relates to another case, Dhrubananda Mishra and others vs. Vice-Chancellor 77 (1994) CLT 70, where the petitioners sought two directions from the Court; first pertained to regularization of service and the second was to pay them equal to that of their counterparts in regular service. The Division Bench of this Court held that regularization is ordered for those who had completed five years of continuous service. This judgement was confirmed by the Apex Court also in SLP (C) No. 9240 of 1993.

Thus, the university formed a list for regularising the class-IV cadre but the petitioner was not regularized, though the one standing just above the petitioner was regularized so he filed a writ petition, W.P.(C) No. 7391 of 2006 which was disposed with a direction to the State Government to take a decision on the proposal given by the University within a period of fifteen days. During this period several other petitions were filed in the court, all of which were disposed with a similar direction, yet the petitioner, who has completed five years’ service and is disallowed further service, has still not been regularised.

The court relied on Parikhit Mallik v Vice-Chancellor, Utkal University OJC No.13005 of 1999 and Prafulla Kumar Barik & Ors W.P.(C) No.6567 of 2006 and also acknowledged all the evidence and documents submitted by the Petitioner to substantiate his allegation of discrimination against him for not regularising him.

The Court observed that “The ban so imposed on recruitment of work charged employees and NMRs is only applicable to the fresh engagement but not for regularization of services. Therefore, the petitioner has been discriminated in all the times even though he made his grievances time and again and consequentially, he faced disengagement.”

Thus, the Court held that “The cumulative effect of factual and legal aspects is that the petitioner has been discriminated at all stages and for the reasons best known to the authorities the services of the petitioner have not been regularized, though services of similarly situated persons and the persons engaged after him have been regularized long. As it appears, the petitioner has only been victimized by the uncommunicated order of the syndicate disengaging him from service.” Thence, the court quashed this order and ordered that the petitioner shall be “regularized forthwith with all consequential benefits as due and admissible to him at par with his counterparts.”