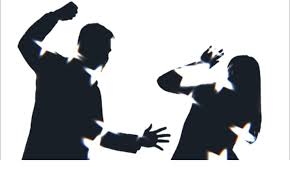 A woman can file an FIR against a man under 498-A RPC for offences committed even if she is not a legally recognized wife. This was decided by the High court Of Jammu and Kashmir by Hon’ble Justice Sanjay Dhar in the case of Karnail Chand and others vs. State of Jammu and Kashmir [Criminal Miscellaneous Petition 560 of 2018].

The facts of the case are that the complainant who is the respondent here had filed an FIR against a man named Kuldeep Kumar. She alleged that she married him two years back and since then has been subjected to cruelty by his relatives. Further, she asserted that she wasn’t paid maintenance for that duration of time. In response to this, a petition was filed by the relatives of the man to quash the FIR stating that there existed no legal relationship of marriage between the two as the man was already married.

The court observed that during the investigation it was ascertained that the woman was indeed tortured and was thrown out of the house. However, it also took into consideration the evidence presented by the petitioners validating his marriage with another woman before he entered into a wedlock with the complainant. Thereby the second marriage was held void ab initio as it violated the conditions for a valid marriage under the Hindu Marriage Act,1955.

However, concerning the applicability of Section 498A to the case at hand, the court referred to the reasoning provided by the Supreme Court in the case Reema Aggarwal vs Anumpam and Others, (2004) 3 SCC 199, wherein it was observed that “…the purpose for which Sections 498A and 304B-IPC and Section 113B of the Indian Evidence Act, 1872 were introduced cannot be lost sight of. Legislations enacted with some policy to curb and alleviate evil rampant in society require to be interpreted with a certain element of realism and not hyper technically.”

After referring to the emphasis laid down on the objective behind the legislation, the matter was decided in favor of the complainant. The court stated that there even when the complainant does not strictly fall within the meaning of wife Section 498A of Ranbir Penal Code, it must be noted that the person had entered into a marital arrangement with the complainant. This is sufficient to cover him under the definition of ‘husband’ as contained in Section 498-A RPC. The FIR and the grounds of conviction were thus considered to be legitimate.

The court dismissed the application to quash the FIR and found it incorrect to interfere with the investigations.