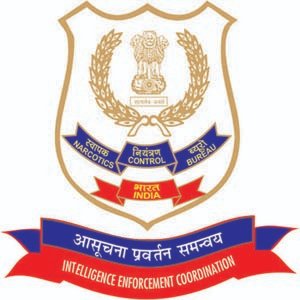 When any government agency like the Narcotic Control Bureau uses the testimony of the officers to convict someone of carrying prohibited drugs, such testimonies cannot be inconsistent. This was decided in the case of Mokibe Leepile Moses vs. Narcotics Control Bureaucrl. [ 220/2016 & CRL. M. (BAIL) 1664/2017 & CRL. M. 7725/2020] in the High Court of Delhi by Hon’ble Justice Vibhu Bakhru.

The appellant has filed the present appeal, inter alia, impugning a judgment where he was convicted of committing an offence punishable under Sections 21(c) and 23(c) read with Section 28 of the Narcotic Drugs and Psychotropic Substances Act, 1985. The Intelligence Officer, NCB, received information that one parcel pertaining to an Airway Bill lying at Dart Air Services Pvt Ltd contains Heroin. The same was booked by Mokibe Leepile Moses and he may come to the office of Dart Air Services Pvt. Ltd. to inquire about the parcel. The said information was reduced to writing and was forwarded to the Superintendent, NCB who directed that a team be constituted to take action necessary under law.

The contention put forth by the counsel for the appellant is that the prosecution had failed to establish that each of the pouches recovered during the raid at the premises of the courier agency contained Heroin. He submitted that although, one hundred and forty-eight pouches were allegedly recovered, the substance in each of the individual pouches was not tested. He also submitted that the testimonies of the independent witnesses were inconsistent and thus, the testimony of the said witnesses could not be relied upon. He relied on the decision of the Supreme Court in Gaunter Edwin Kircher v. State of Goa, Secretariat Panaji, Goa: (1993) 3 SCC 145.

Considering the facts and the contention put forth, the court observed that according to the prosecution, he was present there by coincidence. However, according to his testimony, it was not so. He had stated that he was informed by somebody that some event had happened and he had then proceeded to meet that person at GTB Nagar and thereafter, reached the spot. It is, thus, apparent that he had some information which had led him to come to the spot. The court also observed that , there is inconsistency in the testimony of one witness and the other witnesses. As noticed above, according to PW15, the contraband was recovered from the first room and not in the manner as testified by PW14.

Further it noted that there is also some discrepancy in the evidence relating to the recovery of currency from the residence of the appellant. While the impugned judgment proceeds on the basis that it established that $1,500 were recovered from the residence of the appellant, the panchnama records recovery of $15,000. There is also an issue as to how PW13 came to be present at the location. According to the prosecution, he was present there by coincidence. However, according to his testimony, it was not so.

The court finally said “this Court is unable to accept that there are no doubts as to the recovery of 180 grams of Heroin from the premises in question as asserted by NCB. This Court is of the view that NCB has failed to meet the standard of proof for convicting the appellant for the offence for which he was charged.” The appeal was allowed and the appellant was acquitted of the offence for which he was charged.