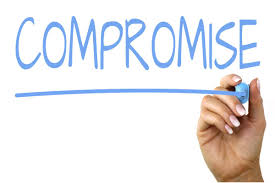 For the serious offences involving rape and forgery under IPC, even if the parties have agreed for an amicable settlement between themselves, it doesn’t resolve the matter and FIR lodged for the same cannot be quashed because it affects the society at large. Delhi High Court gave judgment in the case of Akhtar vs. Government of NCT, Delhi [CRL.M.C. 59/2021 & CRL.M.A. 278/2021 (Stay)] presided over by the single bench of Hon’ble Justice Subramoniun Prasad.

In the further investigation, it was found that Akhtar hid his identity and was sexually exploiting the respondent for five years. Petitioner also forged his Aadhar Card and had two Aadhar Cards with the name of Akhtar and Shiva.

Later it was found that the marriage certificate was also fake and was verified from a concerned firm and thus the FIR was lodged against the petitioner for offences u/s 419, 467, 471, 474, 376 354,506 read with Section 34 IPC. Later, on the grounds of mutual amicable settlement between the parties, a petition was filed by the petitioner for quashing the FIR lodged against him u/s 482 CrPC. It was argued in the court that the parties have decided to live as husband and wife and an affidavit was also made by the respondent stating the same and making an appeal for quashing the FIR.

It was observed that High Court has the right to quash criminal proceedings u/s 482 CrPC for non-compoundable offences.

In the present case, HC contended that grave allegations of rape and forgery were proved against the petitioner u/s 419,467,468,471,474,506, 34 of IPC and in such grave offences even if the parties have decided to enter into a compromise, it cannot be construed to be merely private or civil disputes but rather will have an effect on the society at large.

HC stated that “When parties reach a settlement and on that basis, a petition is filed for quashing criminal proceedings, the guiding factor for the High Court before quashing the complaint in such cases would be to secure; a) ends of justice, b) to prevent abuse of process of any court”. Considering the allegations lodged in the FIR, HC came to the conclusion that the petitioner was accused of serious offences like rape and forgery having a bearing on vital societal interest and it is not safe to leave the crime doer only because he and the victim have settled the dispute amicably.

And therefore, the HC bench dismissed the petition of the petitioner for quashing the FIR by stating the above-cited reasons.