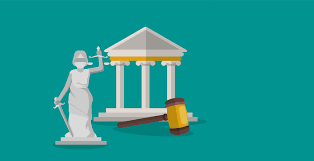 NO FUNDAMENTAL RIGHT HAS ANY MEANING WITHOUT ARTICLE-32

As the Preamble of our country says, “Liberty of thought and expression is the right of every citizen of the country”, is it though? And what remedy is available if such liberties are snatched away from the citizens?!

This is when Article 32 comes to the rescue.

As we know, there are various fundamental rights engrafted in the Constitution, but a mere declaration of such rights hardly ensures their practical existence in political life. In reality, rights must be enforceable by the judiciary otherwise they’ll only be considered “Paper rights”. A mere enumeration of rights is not sufficient, besides, the provision for reinforcement of the rights is needed. So if and when any citizen of India feels that he is being deprived of his rights, he can move to Supreme Court under Article 32 of the Constitution and can seek a legal remedy.

This observation raised a lot of questions as to the true scope and the ambit of Article 32.

When the Constitution of India was being drafted, there were few rights given to every citizen of the country irrespective of their Age, Caste, and Gender and therefore Fundamental Rights such as:-

But in the 44th Amendment of the Constitution in 1978 Right to Property was being removed from the list of the Fundamental Rights and all the other rights were kept as it is. When Fundamental rights were being provided to the citizens, a need was felt to secure such rights for the people and that’s when Article 32 came into the picture.

Article 32 i.e., “Right to Constitutional Remedies” was made to deal to ensure that no citizen stays deprived of using their Fundamental Rights and affirms the right to move to the Supreme Court if and or Constitutional Right of any citizen has been “unduly deprived”.

During the Constituent Assembly debate, Dr. B.R Ambedkar had said that Article 32 is the heart and soul of the Constitution, and rights given through it will always be exercised in the Supreme Court unless any amendment has been made in the Constitution.

INJUSTICE ANYWHERE IS A THREAT TO JUSTICE EVERYWHERE

Right to constitutional remedies works on the Doctrine “Ubi Jus Ibi Remedium” which means when there is a right there is a remedy.

It gives the power to the citizens of India to go directly to the Supreme Court of India if they feel that any of their Fundamental Rights have been violated.

Article 32 came out to be the greatest safeguard that could be provided to protect the fundamental rights of the citizens and “It is a right fundamental to all the other Fundamental Rights”.

Courts, as the judicial sentinel of the fundamental rights, are equipped with constitutional weapons i.e., WRITS. Writs which are being performed both by The Supreme Court and The High Court under Article 32 and 226 are for the violation and enactment of the Fundamental Rights. Both the courts have the power to issue directions, orders, and writs, including writs of Habeas corpus, Mandamus, Prohibition, Quo warranto, and Certiorari, for the enforcement of any of the rights. On the other hand, Parliament has the right to empower any other court with such authority so that it can act as “Protector and guarantor” of such rights.

Writs that are being performed by the Courts include:

Black spot in the Constitution

There is an exception made in the Constitution when the emergency is imposed by the president under Article 352. During which, the rights of the citizens remain suspended and the remedy for such can’t be fought for. In simple words, even if a person feels deprived of his fundamental rights, he has no right to go to the Supreme Court during an emergency. The only reason why it has restricted the citizens from seeking redressal is that in some cases, it might endanger the security of the whole nation.

Public Interest Litigation is the power given to the public by courts through judicial activism[iv].

The PIL does not need to only be filed by the aggrieved person whose rights have been hampered but it can be filed by anybody, not for personal interests or pecuniary gains but for the benefit of the public at large.

Before the 1970s, only the affected parties had the Locus Standi (were allowed) to file the case. However, all these scenarios changed in the post-emergency period[v].

Due to this, PIL became a powerful weapon for the enforcement of fundamental rights and therefore, the above-mentioned Writs were being introduced.

The reason behind this was that there could be situations when a victim may not have the necessary resources to move to court if her or his rights were breached. In such cases, either the apex court could take cognizance of the matter and proceed “Suo Moto” or hear a petition on behalf of an individual for public benefit.

42nd Amendment made changes in the Article. This amendment was made during the time of emergency when it was passed to reduce the jurisdiction of the Supreme Court and the High Courts to review the application of fundamental rights.

Difference between Article 32 and Article 226

Article 32 is a fundamental right, whereas, Article 26 is a Constitutional Right that cannot be suspended and has a wider scope as compared to that with Article 32. Article 32 has jurisdiction all over the country but Article 226 is only concerned with a particular state.

All these years, major cases that had dealt with all the various fundamental rights were being taken to the Supreme Court and High court under Article 32 and Article 226 of the Constitution.

During the 1975 Emergency, in the ADM Jabalpur vs. Shivakant Shukla case[ix], SC had ruled that the right to constitutional remedies under Article 32 would remain suspended during a national emergency. People were unable to seek redressal when their fundamental rights were being hampered.

The most recent incidents where Article 32 was discussed, was when Kerala-based journalist Siddique Kappan[x] languished in jail, and debate around the relevance of Article 32 continued inside and outside the Indian courts, the reason being that the Supreme Court may no longer entertain bail petitions under Article 32 of the Constitution.

The court had then said that “The right to approach the Supreme Court under Article 32 is itself a fundamental right and that there is no doubt that if a citizen of India is deterred in any case from approaching this Court in exercise of his right”.

In the recent case of Arnab Goswami[xi], where PIL’s were filed against him under Article 32 of the Constitution, Hon’ble Chief Justice had said that Supreme Court wouldn’t exercise its powers for matters under Article 32 and also contended that it should be solely done by the High Court with appropriate jurisdiction so as to protect the interest and rights of individuals.

The constitutional remedies provided to the citizens are the most powerful orders with immediate effects and results and that is why it has always been considered as the most important fundamental right engrafted in the Constitution of India. From the above-cited facts, it has definitely been understood that the Constitution of our country isn’t rigid and the various cases and court proceedings keep on challenging the basic structure of the Constitution.

Article 32 still ensures that the fundamental rights of the citizens will always be protected and enforced by the Judiciary of India. And no citizen will be left unheard and deprived of his/her rights being the citizens of an independent country.

[xi] Arnab Manoranjan Goswami vs. State of Maharashtra [Criminal Appeal No. 742 of 2020]