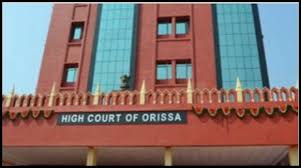 The appellants seek direction from the respondents/opposite parties to recast the Selection List of Sikshya Sahayaks drawn pursuant to the advertisement as per merit and engage them as Sikshya Sahayaks in all the districts and grant the consequential service benefits to them. The factual conspectus of the case revolves around issue of selection of some less meritorious candidates whereas the appellants claim to be more meritorious in comparison to other candidates to be accommodated.

The grievance of the appellants herein is that they are the eligible candidates for the post of Sikshya Sahayaks and pursuant to a direction of this Court in Writ Petition (Civil) No.18720 of 2014 and some other connected matters, the Commissioner-cum-Secretary was pleased to enhance the upper age limit by three to four years for the purpose of engagement of Sikshya Sahayak. Though the present appellants were applicants in response to the advertisement published on 12.09.2014, but their candidature were rejected on the ground of their overage.

After examining all the submissions, arguments and evidences forwarded by the councils, the Hon’ble HC observed that, “Since there are large number of candidates for the said appointment as against large number of vacancies and the appellants do not have any grievance against the candidates who have already been appointed before the decision was taken by the State Government to enhance upper age limit from 35 to 42 years, learned counsel for the appellants submitted that it is very difficult to array all the candidates as parties and serving them by post will take long time to get the service completed which practically becomes very difficult. Hence, the issue of non-joinder of parties is not a pertinent issue. Further the appellants are not against the appointment of any candidates rather they seek appointment against the existing vacant posts.”

The bench further added that, “…we set aside the orders dated 29.11.2019 passed by the learned Single Judge in W.P.(C) Nos.16711 of 2016, 22369 of 2015, 18904 of 2015 and 18768 of 2015. However, it is made clear that since there are unfulfilled vacancies of posts of Sikhya Sahayaks available against which the appellants could be accommodated, we, therefore, direct the respondents to accommodate these appellants against the said vacant posts as they are eligible for the said posts.”