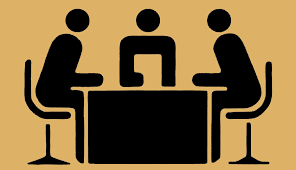 Respondent’s exacerbating financial troubles could not simply be brushed aside and had to be considered in the light of the fact that it had completed significant portions of the project by then and had invested enormous sums in doing so. Being mindful of this, the Court had urged the parties to proceed in a manner which balances the respondent’s precarious financial position with the larger national interest which lay in ensuring completion of the project, the Delhi High Court held in M/S NHPC LTD. v. M/S HINDUSTAN CONSTRUCTION COMPANY LTD. (O.M.P. (COMM) 484/2020)

The applicant/respondent is the Award Holder in the arbitral award dated 14.10.2019 passed by a three-member Tribunal in the arbitration conducted between the two parties in relation to disputes arising out of the turnkey execution of the 330 MW hydroelectric power plant project on the Kishanganga River in Bandipora, Jammu & Kashmir (hereinafter referred to as ‘the project’). As per the terms of the contract executed between them on 09.03.2009, the project involved construction of three generating units, viz. Units I, II and III carrying power generation capacity of 110 MW each, and 330 MW in total. Considering the remote and politically charged nature of the project location, there were delays in executing the project which caused losses to both the parties and led to disputes between them as to who was to be blamed for these delays. As a result, the respondent invoked arbitration on 31.01.2017 and the award impugned in the captioned petition came to be passed on 14.10.2019. In its award, the learned Tribunal, after holding the petitioner liable for causing delays, has granted the applicant/respondent a total extension of time of 514 days in the project timeline and a total sum of INR 163.55 crores (inclusive of the costs claimed alongwith the pre-award interest @12% p.a.) along with future interest @ 9% p.a. till the date of actual payment, provided no future interest would be payable if the awarded amount was paid within ninety days of the date of the award. It is an admitted case that the awarded amount was not paid to the respondent during the ninety day period and the captioned petition has been filed by the petitioner assailing the findings in this award.

This petition was taken up for the first time on 25.09.2020, Court while issuing notice and directing stay of the award dated 14.10.2019, had directed the petitioner to deposit the awarded amount with the Court by 05.10.2020. At the time, the petitioner had sought time till 24.10.2020 to effectuate the deposit, which request was not accepted by the Court on the ground that almost ten months had passed since the date of passing of the award. The quantum and time period contained in the direction for deposit was assailed by the petitioner before the Supreme Court by way of SLP(C)No.11777/2020 which was listed for 06.10.2020, which implied that the direction for deposit remained in suspension till then. However, the SLP soon came to be dismissed by the Supreme Court by granting the petitioner time till 25.10.2020 to make the deposit as directed. When all these court-ordered extensions of time to make the deposit of the awarded amount came to an end, the petitioner duly deposited the amount before Court. Soon thereafter, the respondent/Award Holder moved the present application seeking release of the amount deposited before Court. The petitioner was granted time to respond to this application and has already filed its reply opposing release of the deposited amount in favour of the respondent.

Counsel for the respondent has made the submission that, Once the learned Tribunal, after due appreciation of the evidence on record and the prevailing legal position, categorically concluded in its award that certain amounts are due and payable to the respondent, then the petitioner’s mere act of assailing the award before Court by way of the captioned petition ought not be a valid ground to deprive the respondent of the amounts rightfully due to it.

Counsel for the petitioner vehemently opposes the application for release and has contended that the award amount deposited by the petitioner before this Court in accordance with its orders and merely as a precondition for stay, cannot be treated by the respondent/the successful claimant before the learned Tribunal, as its own money.

The court was of view that, “All of these considerations have to be seen in the light of the fact that the entire world is reeling under the devastating and compounding financial consequences of the COVID-19 global pandemic. Therefore, when it has been clear all along that (i) the respondent does not have adequate funds to sustain work at the project site, (ii) any further shortage of funds is likely to hamper the progress of the remaining work in a timely and efficient manner and that (iii) the respondent holds an award in its favour which is yet to be tested within the limited scope of interference under Section 34 of the Act, I find merit in the grounds raised and relief sought in this application.”

And conclusively, direction for release of the deposited amount in favour of the applicant/respondent shall be subject to the final outcome of the captioned Section 34 petition and is being passed in the peculiar facts and circumstances of this case. Also, petitioner was directed to remit the funds online, and thus petition was dismissed.