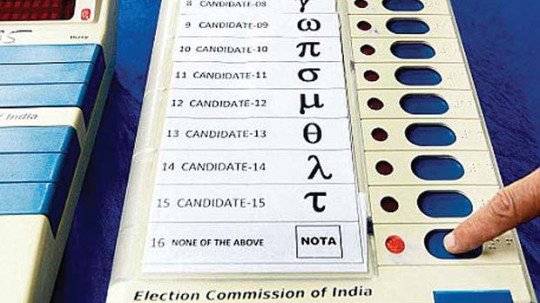 Only an elector or a candidate has the locus standi to file an Election Petition as their interest is at stake. The Supreme Court bench consisting of CJI. S.A. Bobe, J. A.S. Bopanna and J. V. Ramasubramanian, dismissed an Election Petition on the grounds of lack of locus as under Section 83 of the Representation of the People Act, 1951, in the matter of Tej Bahadur v. Shri Narendra Modi [Civil Appeal No. 2100 of 2020].

In the present appeal, the Supreme Court considered certain facts. The Returning Officer had rejected the appellant’s nomination papers on the ground that it was not accompanied by a certificate from the Election Commission that his dismissal from service was not on the ground of corruption or disloyalty to the State. To this, the counsel for the appellant contended that in cases where the Returning Officer had a objection with the candidate, the candidate should be given time till next day but one to rectify the same, which was not permitted in the present case. However, the counsel for the respondent argued that the appellant had failed to produce any evidence which indicated that he had infact requested for a day’s time.

The SC stated that “The requirement of Section 33(3) that a nomination of a dismissed officer must be accompanied by a certificate that he was not dismissed on the ground of corruption or disloyalty to the State must be read as obligatory”. Relying on Charan Lal Sahu v. Giani Zail Singh & Anr [(1981)1 SCC 390], the court held “We are of the view that the mandate of the law that such a person shall not be deemed to be duly nominated must be given full effect and no person must be considered as entitled to claim that he has been duly nominated even though he does not comply with the requirement of law”. Further dismissing the appeal, the SC, relying on the judgement of T. Arivandandam v. T.V. Satyapal [(1977) 4 SCC 467], held that “We find that the averments in the petition do not disclose that the appellant has a cause of action which invest him with right to sue. It is settled that where a person has no interest at all, or no sufficient interest to support a legal claim or action he will have no locus standi to sue. The entitlement to sue or locus standi is an integral part of cause of action”.