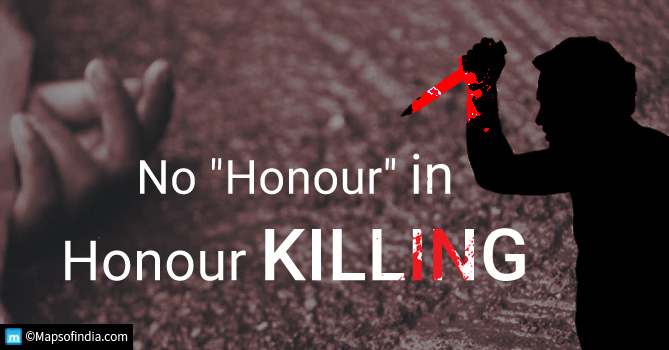 In the case of Preeti and another v. State of Haryana and others, [CRWP-4181-2020 (O&M)], the High court of Punjab and Haryana had stated that a minor girl is allowed to stay with the mother of the boy with whom she is married.

The facts start with a disturbing phenomenon that has gained increasing momentum over the years is that of runaway couples – young persons who confess to love each other much and it is not liked and preferred by one or both of their families and choose to defy them by running away from home. The concomitant fall-out of such acts on their part is the possible threat of physical harm or worse, sometimes on the basis of caste considerations, with the tacit or vocal approval of Khap Panchayats or community elders.

These circumstances had, therefore, driven such couples to approach this Court for the protection of their lives and liberty from their estranged family members.  Preeti and Sahil, are the petitioners in this case. They had claimed to know each other for the last two years. They state that they fell in love but Preeti’s parents, respondents No.4 and 5 herein, were opposed to their relationship The couple was also receiving severe threats from Preeti’s parents, who were determined upon killing them, and thus in this court, they prayed for stern legal action to be taken, in order to help and protect them.

In this case, the court had held that “however, going by the statements made in the petition as well as in the representation of the petitioners on 23.06.2020, long before this case crystallized, Preeti had claimed that she overheard her parents planning her marriage with a boy of their choice and snatched the opportunity, when presented, to run away from home. There is no mention that, at that stage, Sahil either solicited or persuaded Preeti to leave home. That particular act on her part seems to have been completely on her own. On the other hand, she claimed that it was she who contacted Sahil after fleeing from home. In effect, Section 12 (a) of the Act of 2006 would have no application and the marriage performed on 23.06.2020 cannot be said to be void on that ground.  Section 7 of the Act of 1955 prescribes the ceremonies of a Hindu marriage. Section 7 (1) states that a Hindu marriage may be solemnized in accordance with the customary rites and ceremonies of either party thereto, while sub-section (2) thereof states that where such rites and ceremonies include the Saptapadi, that is, the taking of seven steps by the bridegroom and bride jointly before the sacred fire, the marriage becomes complete and binding when the seventh step is taken. The photographs filed before this Court, along with the petition, show Preeti and Sahil walking around the ceremonial fire and it is stated that they solemnized their marriage in a temple.”

“No certificate seems to have been issued in proof of the marriage but the law does not require any such certification. Registration of the marriage, which is yet to be made compulsory, can be effected any time post facto. In any event, it is not for this Court to deny the factum of the marriage performed by Preeti and Sahil or affirm the validity thereof.  Prima facie, the photographs indicate that there was a marriage ceremony with Saptapadi, and the parties thereto, Preeti and Sahil, stand by it and affirm that they were duly married as per rites and customs.  Further, Neelam, Sahil’s mother, accepts Preeti as her daughter-in-law and is prepared to stand by their marriage.   As of date, Preeti is 10 months short of attaining the majority. It is not as if, upon the clock strikes 12 midnight on the eve of her 18th birthday, Preeti would magically assume the mental maturity and wisdom to claim the status of an adult.”

“The age of majority as prescribed must therefore be construed and interpreted in the context of the law for which it is being considered and in a case of this nature, where the minor is certain and unshaken in her opinion and desire, it would not be right and proper for this Court to brush aside her views on the ground that she is not 18 years of age as on date and is only 17 +.”

“This Court, therefore, does not deem it appropriate to direct that Preeti’s custody should be forcibly entrusted to her parents against her wishes or that she should be kept in a Protection Home till she attains the age of 18 years.  It would suffice at this stage if Preeti is allowed to go with Neelam, Sahil’s mother, and remain with her till she attains the age of 18 years.  Neelam shall be bound by the affidavit filed by her before this Court and take care of Preeti to the best of her capacity and ability. However, as Neelam is not her legal guardian and she is being entrusted Preeti’s custody only as per the desire and wish expressed by Preeti herself, it would be appropriate that the Child Welfare Committee, Sonipat, monitors Preeti’s well-being till she attains the age of 18 years while she remains in Neelam’s custody. The Chairperson of the Child Welfare Committee, Sonipat, is accordingly directed to depute a Child Welfare Officer to randomly visit Neelam’s residence at Kakroi, District Sonipat, twice a month to ensure that Preeti is being well cared for and to ascertain whether she has any complaints. The Child Welfare Committee, Sonipat,  shall take on record the reports of such Child Welfare Officer and monitor the case till Preeti attains the age of 18 years.  The  Superintendent of Police, Sonipat, shall however remain mindful of the representation made by the petitioners on 23.06.2020 and the order passed by this Court on 26.06.2020 in this writ petition and continue to extend protection to the petitioners, insofar as any physical threat from respondents No.4 and 5 or their family members is concerned. The writ petition is disposed of with the above directions.   A copy of this order shall be forwarded to the Chairperson, Child Welfare Committee, Sonipat, for necessary further action, as indicated hereinabove. Pending miscellaneous applications, if any, shall stand disposed of in the light of this final order.  No order as to costs.”