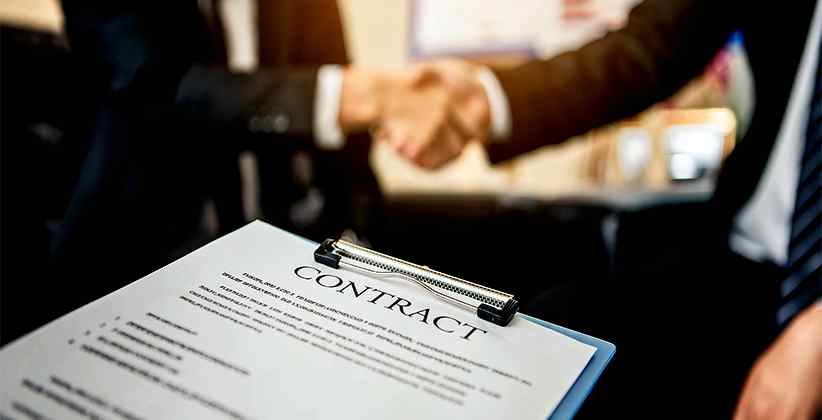 In the case of Ferrodous Estates Vs P. Gopirathnam (Dead) & Ors [Civil Appeal No 13516 of 2015] Supreme Court held that it is settled law that an appeal is a continuation of a suit, as a result of which a change in law will become applicable on the date of the appellate decree, provided that no vested right is taken away thereby.

This appeal arose from a suit for specific performance that was filed by the appellant against four respondents. The appellant entered into an agreement with the respondents to sell a property. Given the fact that the necessary permissions were not obtained by the defendants, in particular, the permission from the competent authority under the Tamil Nadu Urban Land (Ceiling & Regulation) Act, 1978 the appellant filed a suit for specific performance. The defendants denied that the total consideration for the agreement was Rs.5,40,000/-. Apart from other denials made on the merits of the case, it is important to note that no defence was taken on any plea that the Tamil Nadu Urban Land Ceiling Act would be infracted if the suit for specific performance were to be decreed. Thereafter, the appellant-plaintiff established that it had been ready and willing to perform its part of the contract continuously, the balance sum of Rs.4,40,000/- being deposited in the Court on the directions of the Court. The matter then returned to the Division Bench which then, reversed the judgment of the learned Single Judge by applying the Full Bench decision relating to the matter inter-parties.

The appellant argued that every single factual finding found by the learned Single Judge, including findings as to the dishonesty of the defendants, had not been reversed by the Division Bench in appeal. He argued that on a wrong application of the Full Bench judgment, the bar contained in section 6 of the Tamil Nadu Urban Land Ceiling Act was applied against the appellant, as a result of which the agreement would have to be held to be void ab initio, which was incorrect, given the fact that in this agreement, it was the defendants who were to obtain permission from the competent authority under the Tamil Nadu Urban Land Ceiling Act, which permission could have been obtained.

Court observed that, “The resultant position in law is that a suit for specific performance filed within limitation cannot be dismissed on the sole ground of delay or laches. However, an exception to this rule is where immovable property is to be sold within a certain period, time being of the essence, and it is found that owing to some default on the part of the plaintiff, the sale could not take place within the stipulated time. Once a suit for specific performance has been filed, any delay as a result of the court process cannot be put against the plaintiff as a matter of law in decreeing specific performance. However, it is within the discretion of the Court, regard being had to the facts of each case, as to whether some additional amount ought or ought not to be paid by the plaintiff once a decree of specific performance is passed in its favour, even at the appellate stage.”

Court held that, “the fervent appeal that we should not exercise our discretionary jurisdiction under Article 136, given the fact that Rs.2 crores plus interest is to be paid almost by way of solatium to the appellant, has also to be rejected. As has been found earlier in this judgment, the defendants were held to have taken up dishonest pleas and also held to have been in breach of a solemn agreement in which they were to obtain the Urban Land Ceiling permission which, if not obtained, would, under the agreement itself, not stand in the way of the specific performance of the agreement between the parties. He who asks for equity must do equity. Given the conduct of the defendants in this case, as contrasted with the conduct of the appellant who is ready and willing throughout to perform its part of the bargain, we think this is a fit case in which the Division Bench judgment should be set aside. As a result, the decree passed by the Single Judge is restored. Since the appellant itself offered a sum of Rs.1.25 crores to the Division Bench, it must be made to pay this amount to the respondents within a period of eight weeks from the date of this judgment.”