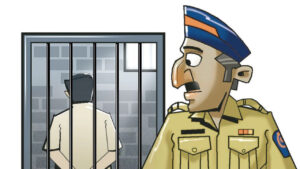 The Jammu Kashmir and Ladakh High Court passed a judgement on the 11th of January, 2023 in which the order of preventive detention against the petitioner was quashed by the court. This was seen in the case of Arif Ahmad Sheikh and Others vs Union Territory of J&K and others (WP(Crl) No. 141/2022). The case was presided over by The Honourable Mr Justice Moksha Khajuri Kazmi.

The order of preventive detention was passed against the district magistrate which was sought to be quashed. The main grounds on which the detention is sought to be quashed are that the grounds of detention are vague, indefinite and cryptic and there is no specific allegation against the detenue. The respondents make mention of an FIR but the said FIR does not specify as to how the detenue is involved in the said FIR. The detenue stands already bailed out in the mentioned FIR by the Court of Additional Sessions Judge.

From the perusal of the “Execution Report,” it was crystal clear that detenue has been provided only 05 leaves, i.e, detention order, notice, and grounds of detention but has not been provided with the dossier and the other relevant material.