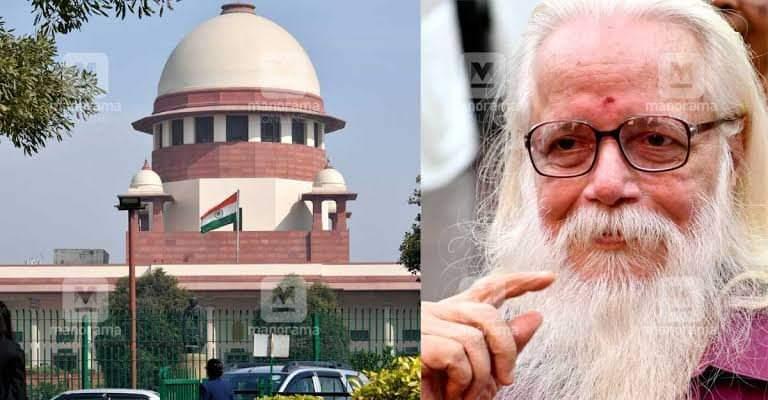 The reputation of An Individual is An Insegregable Facet of His Right to Life with Dignity, said the Supreme Court in the ISRO spy case, which relates to allegations of transfer of certain confidential documents and secrets of the country’s cryogenic engine technology to enemy countries. This article talks about the various facets of that particular case as well as how procedural technicalities and irresponsible media can mould an issue in such a manner that it will cause a violation of an individual’s “right to life with dignity”. In particular, this article discusses the different aspects of irresponsible behaviour shown by those governmental investigation agencies, which ultimately led a prestigious scientist before trial without a reason and cause.

Numerous spying scandals have been recorded, some in India and others in adjacent and foreign countries. The word “spying” is referred to as “espionage” in legal terminology. Espionage is defined as the act or practice of secretly obtaining military-political information that a particular nation has the legal right to keep private and is referred to in law as “state secrets.” It may mean reading through and analyzing diplomatic papers, reports, etc. It is a covert action taken by a person with the designation of “secret identity” on behalf of any other nation-state.

The “Official Secrets Act 1923,” which governs espionage in India, specifies that anyone who participates in aiding an enemy state and divulges any kind of secret information to that particular nation-state shall be found guilty and sentenced in line with the act’s numerous sections. There have been several cases where different people have faced legal action for breaking the Official Secrets Act of 1923’s rules. A Kashmiri journalist named Gilani was detained in June 2002 for allegedly breaking OSA rules by giving Pakistan access to India’s classified material.

Nambi Narayanan is an Indian aerospace engineer and scientist in charge of the cryogenics division at the Indian Satellite of Research Organization(ISRO). He and his colleagues intended to create rocket systems so rockets could be utilized for shipments from the US and France. He thus rose to prominence in the initiative to develop indigenous Indian missiles, which might be valuable and crucial for India.

Two Maldivian nationals were apprehended in 1994 by Thiruvananthapuram, Kerala, police officers after a thorough and methodical investigation by Kerala Police and Investigation Bureau employees. This was the beginning of the whole thing. Under Sections 3 and 4 of the Official Secrets Act, 1923, a case was filed against the two Maldivians, alleging that they were responsible for disclosing official documents and information about the Indian Satellite Research Organization (ISRO), as well as for obtaining and selling classified rocket designs to Pakistan. The Kerala Police officials reported the case to the Special Investigation Team, who concluded that the ISRO scientists were responsible for the spying misconduct. This led to the arrest of S. Nambi Narayanan, the director of the ISRO cryogenic project, and two other associates.

Later in 1996, in response to the Government of Kerala’s appropriate request and accordance with the Government of India’s decision, the matter was given to the Crime Bureau of Investigation with the intention of conducting a reasonable investigation. The CBI concluded that the evidence presented to the magistrate by police authorities in accordance with Section 173(2) of the Criminal Procedure Code was not proven and that the accusations of corruption and espionage against the ISRO scientists were false, leading to the discharge of the accused. By that time, the Kerala press had unnecessarily blown this situation out of proportion for commercial gain. Following the probe, numerous disclosures occurred. In addition, the police detained two other individuals. One is Dr Sashi Kumaran, and the other is S.K. Sharma, a labour contractor from Bengaluru who was allegedly seen with the conspirators in a bar.

The Intelligence Bureau is not permitted to make an arrest, appear in court, or bring charges against anyone. The Intelligence Bureau’s primary duty is to gather information and relay it to the agencies responsible for criminal prosecution. They called in the Central Bureau of Investigation as a result. However, Raman Srivastava was suspended without a single piece of supporting documentation.

The chief of ISI would be overjoyed to find that one of India’s top scientists was compromised and that India’s GSLV development has been slowed owing to unbelievable politics and media scandals. Not to mention the hostilities between the intelligence services of India. Speaking of which, it also rendered the Indian Security System completely ineffective, without anyone in ISI having to take action because it was Indians who had already completed the task for him. It turns out that the entire narrative was made up and phoney—the days when they were supposed to meet in Madras at the time. There was enough evidence to establish the innocence of the DIG of Kerala Police, Mr Raman Srivastava, who was actually in Trivandrum monitoring the Republic Day Rehearsals when he was supposed to be there. Everything had begun to come together when they learned from Interpol that Zuheira, the fictitious Columbo ISI operative, had never even been to India during the relevant time period. Lastly, the Kerala Government requested a stay from the court. The alleged stay lasted ten years. The Kerala Government ultimately had no choice but to comprise for the same.

One of the foundational elements of democracy in media. Media freedom is always connected with people’s freedom to be informed about current social issues. The operation of democracy is impossible without a free and healthy press. Democracy refers to a form of participatory government where citizens actively participate in decision-making. Therefore, the populace needs to be informed about current events in society. Press and media outlets must educate the public on matters of public interest. Press and media must retain an objective viewpoint on such issues and refrain from interfering with cases that are still in litigation. The judiciary and the media have a strong connection and complement each other’s work. The judiciary deals with its legality while the media investigates, unearths, and exposes the accomplishments and follies of man. The media and the judicial system are both working to learn the truth.

The judiciary has been described as the guarantor of justice, and the media as the force behind social reforms. As a result, both are crucial for the development of civil society. These two cornerstones of democracy occasionally clash, in any case. The media asserts the right to look into, reveal, and draw attention to criminal cases under the fundamental freedom of speech and expression. It claims that everyone has the right to know in a democracy. As a result, it is the responsibility of the media to inform the public about social and criminal issues. Therefore, it demands the ability to create exciting publicity. However, the judiciary is also conscious of the accused’s fundamental right to a fair trial. The judiciary must strike a balance between the conflicting fundamental rights since pre-trial publicity might thwart a fair and efficient trial. While the right to information for the general public, the freedom of speech and expression for the media, and the right of the accused to a fair trial must all be secured and guaranteed, these rights must also be protected. Publicity before a trial is harmful to the integrity of a fair trial.

The main drawback of this is that the media declares the accused guilty even before they have been detained or put on trial. Press and media present information in such a way that viewers are led to feel it is unquestionably true. The media must comprehend innocence until proven guilty because making snap judgments about someone’s guilt or innocence prevents them from receiving a fair trial.

The writing committee members were quite aware of the problems and changes that were likely to occur in the following decades. This is why press and media freedom has been incorporated into the definition of free speech and expression. However, the liberty provided is limited. Subclause (2) of the same article permits reasonable limits. The right to an impartial, fair, uninvolved, neutral, and pressure-free trial in a court of law belongs to all parties to a legal dispute under the Constitution. To boost the platforms’ financial value and sensationalize the news, images, interviews, and other documents are published. When prominent names and celebrities are involved, the issue is more pronounced. In certain situations, public opinion can be significantly influenced by media coverage. Therefore, a balance must be struck between the constitutional right to free speech and the individual’s right to a fair trial.

Dr Nambi Narayanan was arrested and put into custody by the state police on November 30, 1994. He was detained for more than 50 days. No police officer who took part in the torture to create false evidence to discredit Dr Nambi, or who bore vicarious responsibility for it in an effort to utilize claims instead of proof, has been found guilty of any crime yet. Dr Nambi has received recognition from the Indian government in the form of the Padma Bhushan, as well as from Kerala’s government in the form of a 1.3 crore settlement and extra-legal exonerations. However, Nambi can never make up for those missed years or his damaged reputation over the years. Simply put, a professional died in this situation.

Fake allegations and their consequences:

Section 383 of the Indian Penal Code defines extortion as:

“Whoever intentionally puts any person in fear of any injury to that person or any other, and thereby dishonestly induces the person so put in fear to deliver to any person any property, or valuable security or anything signed or sealed which may be converted into a valuable security, commits extortion. Professional death is indeed grievous hurt.”

“Whoever commits extortion by putting any person in fear of death or of grievous hurt to that person or any other shall be punished with imprisonment of either description for a term which may extend to ten years, and shall also be liable to fine.”

Surprisingly, even lawyers are utilized to convey the threats while claiming that the advice is for the scientist’s good to resign rather than face those long-drawn-out proceedings as a result of the manufactured allegations. Thus, while there are explicit provisions in the IPC for punishing those who level fake allegations for personal gain or other ulterior motives, otherwise described as camouflaged extortion, those provisions are rarely applied rigorously.

The prevention of crime is the primary goal of the criminal justice system. Therefore, in order to stop crimes from being committed, state police officers and magistrates have been given the responsibility of upholding law and order throughout the nation. They also have the authority to arrest suspects in public unrest or when they act against India’s sovereignty or integrity. However, there have been instances where false allegations and case registrations by police officers have hurt innocent people’s reputations and caused them to suffer mental anguish. The registration of the false case destroyed the career of Nambi Narayanan, vandalizing his reputation. An internal committee should be established with authority to monitor the governance of the police officials and instil in them the belief that the proceedings should be conducted fairly and impartially so that the court can take action against the officials who file false cases and make unauthorized arrests.