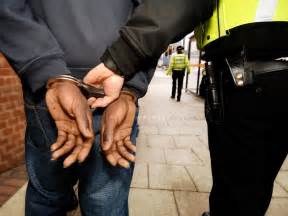 The Jammu Kashmir and Ladakh High Court passed a judgement on the 9th of December, 2022 in which the court allowed the instant petition and consequent to which the impugned order of detention was quashed. This was seen in the case of Shabir Ahmed Malik vs Union Territory Of J&K & Anr (WP(Crl) No. 437/2022). The case was presided over by The Honourable Mr Justice Javed Iqbal Wani.

The writ petition arose because of the detention order passed against the detenue by the district magistrate(respondent). The order was challenged on the premise that the detenue was never indulged in any subversive activity prejudicial to public order or the security of the state. It was challenged on the ground that the detainee was arrested on the ground of preventive detention and the copies of the relevant documents were not provided to him.

The learned counsel for the respondent reiterated the contention raised and ground urged in the respective pleadings.

the ground urged that the representations have been made against the impugned detention order by the detenu through his father, the respondents have not replied the same, therefore, it can be gathered that the same has not been considered. If that is the position, it results in drawing an adverse inference against the respondents as the failure of the respondents to consider the representations submitted by the detenu indisputably amounts to a violation of the provisions of Article 22(5) of the Constitution.

After observing, analyzing and considering the proceedings court came to the judgement that the instant petition was allowed and consequent to which the impugned order of detention was quashed. The court also gave direction to the respondents including the jail authorities concerned to release the detenue forthwith from preventive custody unless requires in any other case.