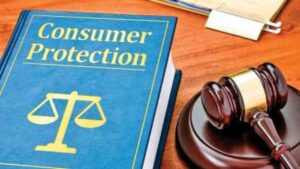 The Jammu Kashmir and Ladakh High Court passed a judgement on the 22nd of December 2022 in which the high court accepted the petition and allowed it. This was seen in the case of Akona Engineering Private Ltd vs Pal Construction And Another(OWP No. 680/2013 IA Nos. 299/2014 & 931/2013

The limited question that arises for consideration and on which the present petition has been filed, is whether the J&K State Consumer Disputes Redressal Commission has the power to review its ex parte order and to restore the petition dismissed for non-appearance. Objections to the writ petition have been filed by the respondents, but, none has appeared to argue the matter. The learned counsel for the petitioner and went through the pleading and also perused the provisions of the J&K State Consumer Protection Act, 1987.

The court held that the order passed by the state commission, impugned in the present petition was not sustainable. The court also mentioned that the consent of the counsel will not give jurisdiction to the state commission which it otherwise does not have. On this ground, the petition was liable to be allowed. The order that impugned the previous judgement was set aside.