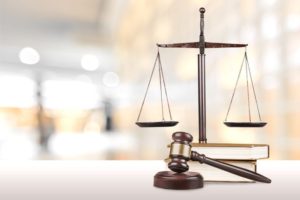 The Jammu Kashmir and Ladakh High Court passed a judgement on the 19th of December, 2022 in which the high court dismissed the appeal and upheld the decision take by the single bench. This is seen in the case Fayaz Ahmad Banday & ors vs State of Jammu and Kashmir and Ladakh (LPA No. 257/2022). The case was presided over by The Honourable Mr Justice Sanjeev Kumar and The Honourable Mr Justice Moksha Kaziria Kashmit.

This was an intra-court appeal by the appellant against the judgement of a learned single-judge bench. The Single bench, after considering the case law on the subject and the interpretation put by various High courts of the Country, concluded that the stage of reference under section 341 of the J&K Code of Criminal Procedure/ 318 of Cr PC of 1973, would come after the trial is over and it culminates in the conviction of the accused under disability.

The object of ingrafting section 341 in the Code of Criminal Procedure is to provide an opportunity for the High Court to go through the record of the trial court so as to ascertain whether the accused under disability of not understanding the proceedings has been given a fair trial. However, if such an accused is a person of unsound mind or lunatic, a different procedure to be followed by the trial court has been laid down in the Criminal Procedure Code. However, in no case, the trial can be quashed.

The court reached the conclusion that the single bench has taken into consideration all aspects of the matter and relying upon the decision rendered in the matter by the various High Courts has concluded that the reference under section 341 of the J&K Code of Criminal Procedure is not maintainable unless the trial is concluded and ends in the conviction of a person who is found unable to understand the proceedings in the trial. The HC found no reason or justification to take a view different from the one taken by the single bench. They concluded that this appeal was totally misconceived and deserved dismissal at the threshold.