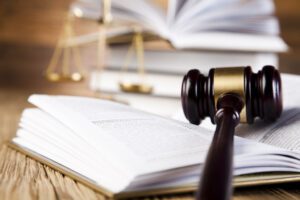 The Jammu Kashmir and Ladakh High Court passed a judgement on the 30th of December, 2022 in which it quashed the writ petition filed by the petitioner on the basis of delay in filing. This was seen in the case of Mohar Singh and Others vs State of J&K and others (OWP No. 881/2018 (O&M)). The case was presided over by The Honourable Mr Justice Rajnesh Oswal and The Honourable Mr Justice Puneet Gupta.

The petitioners, in this case, have questioned the final award bearing No. SDM/CR/A-350 dated 12.02.2009 through the medium of the writ petition. In this case, the land was taken over by the respondents for the construction of a rail track. The petitioners alleged that neither their side of the argument was heard nor proper proceedings were conducted.

The respondents argued that the present petition is time-barred and therefore the same was not maintainable. They also brought to light that the compensation that was promised to him was lying to them which the petitioner was not willing to take.

The award date was 12.02.2009 whereas the petition was filed in the month of May 2018 which was more than 9 years after the award. During the examination, it was found that the petitioners were aware of the acquisition proceedings and did not challenge them within a reasonable time.