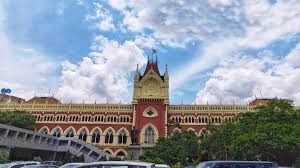 The Calcutta High Court recently denied a man’s request to transfer Section 125 CrPC proceedings that his wife had started before the Burdwan Family Court, demanding restitution from him.

When the husband requested that the matter be transferred to a court other than the Burdwan court, the bench of Justice Shampa Dutt (Paul) said that this showed that his main goal was to torment his wife.

According to the revisionist’s/claim, petitioner’s the husband and wife were both married in February 2010 in accordance with Muslim traditions, and they then moved to Hyderabad.

After the marriage, his wife began creating fights over insignificant issues to demonstrate her displeasure that the revisionist was not living up to her expectations. In fact, the husband said that despite his repeated attempts, his wife had left him and was not coming back.

After then, all of a sudden, he got a notification that his wife had submitted an application. A petition for maintenance was filed against him under Section 125 of the CrPC before the Court of the Judicial Magistrate at Burdwan. The petitioner opposed the aforementioned application, stating concerns about its maintainability, however in December 2018, the Magistrate dismissed the aforementioned application on the grounds of maintainability.

He appealed the Magistrate’s decision and went to the HC, claiming that his wife was solely in Kolkata to harass him and had filed the 125 CrPC petition with the Burdwan court.

In order to harass the petitioner, he claimed that the wife/opposite party had filed a criminal complaint against him in Kolkata under Section 498A of the IPC and that an application under Section 125 of the CrPC had been made to the Burdwan Court.

Judgment observations In light of this, the Court observed at the beginning that the wife and the children may begin Section 125 CrPC/Maintenance proceedings at the residence where they reside, in accordance with clauses (b) and (c) of Subsection 1 of Section 126 of the CrPC.

The Court further stated that the parents requesting maintenance are not eligible for such a benefit.

While noting that the top court expanded the venue of the proceedings for maintenance so as to move the place where the wife may be residing on the date of application, the court also relied on the Apex Court’s directive in the case of Vijay Kumar Prasad vs. State of Bihar & Ors., [Appeal (crl.) 431 of 2004].

In light of this, the Court noted that the wife had chosen to file her application before the Burdwan Court and in support has even filed her voter card, which presumptively proves that she was once a resident of Burdwan and is currently residing there and it is convenient for her to pursue the case at a place where she currently resides.

As a result, the Court rejected the husband’s revision argument and affirmed the Judicial Magistrate, Burdwan, judgement.