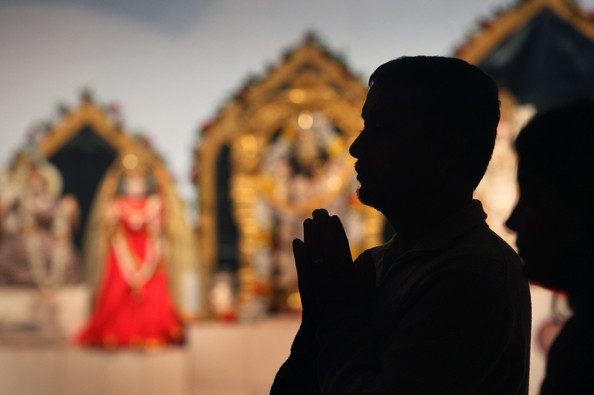 In a recent case dated 04.07.22 the Madras High Court has held that if any person of another religion believes in a Hindu deity, he cannot be stopped from entering the premises. The matter was between C.Soman v. The Secretary, HR&CE and others (W.P.(MD) No.14081 of 2022) and was presided over by The Hon’ble MR.JUSTICE P.N.PRAKASH and The Hon’ble MRS.JUSTICE R.HEMALATHA.

A writ was filed to direct the respondents not to permit the Non-Hindus to enter the temple premises during Kumbabishegam festival in the Arulmighu Adikesava Perumal Thirukovil at Thiruvattar, Kanyakumari District and subsequent event scheduled on 06.07.2022.

The court held that it will be hard for the authorities to verify each devotee’s religious identification in order to grant him access into the temple during a public festival like the Kumababishegam of a temple. Aside from that, it is not possible to stop someone from another religion from believing in a specific Hindu deity or to prevent them from entering a temple.

The hon’ble court further mentioned that It is common knowledge that the devotional songs of Dr.K.J.Yesudas, a Christian by birth, rendered on various Hindu Gods are played without any demur in temples. In fact, in Nagore Dargah and Vailankanni Church, scores of Hindus worship.

Thus, the writ petition was dismissed.