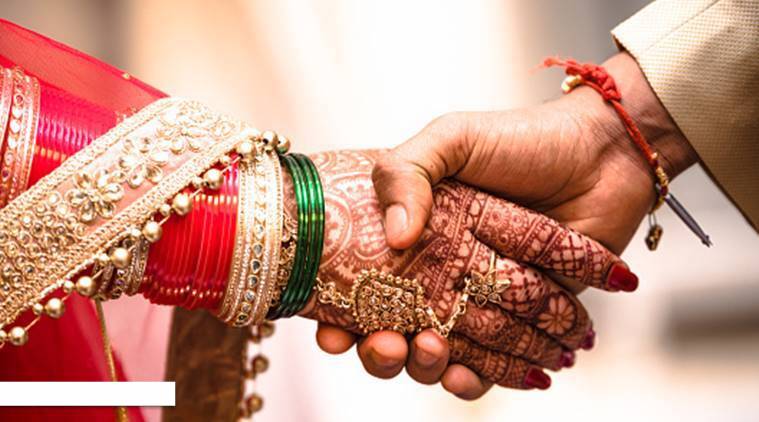 In a recent judgment the Madras High Court has allowed a couple to marry virtually under the Special Marriage Act 1954 saying that right to marriage is a fundamental human right. The matter was between Vasmi Sudarshini v. The Sub Registrar (W.P(MD)No.15511 of 2022) and was presided over by THE HONOURABLE MR.JUSTICE G.R.SWAMINATHAN.

Rahul Leena Madhu is an American National. The petitioner and Rahul fell in love and wanted to get married. They submitted a joint application after which objections were invited. The objections received by Rahul’s father and another were found unreasonable by the marriage officer. For reasons not quite discernible, the respondent did not facilitate the solemnization of marriage in his presence. Rahul could not wait any further as he had to return owing to Visa requirements. Now a writ has been filed asking the court to issue a Writ of Mandamus ordering the respondent to perform the marriage of the petitioner and the bridegroom, Rahul Leena Madhu, via video conference, register the union under the Special Marriage Act of 1954, and issue a marriage certificate after taking into account the petitioner’s representation dated July 6, 2022, within the time frame set by the court as accordance with section 12 of the Act.

Place and form of solemnization.—

(1) The marriage may be solemnized at the office of the Marriage Officer, or at such other place within a reasonable distance therefrom as the parties may desire, and upon such conditions and the payment of such additional fees as may be prescribed.

(2) The marriage may be solemnized in any form which the parties may choose to adopt: Provided that it shall not be complete and binding on the parties unless each party says to the other in the presence of the Marriage Officer and the three witnesses and in any language understood by the parties,—“I, (A), take the (B), to be my lawful wife (or husband).”

The hon’ble court quoting Justice Indira Banerjee and Justice V. Ramasubramanian stated that “the Special Marriage Act was enacted in 1954 whereas the technology of computer and internet was introduced much later. Law has to march along with technology. Where there is difficulty, the letter of law cannot be so rigid that it makes it impossible for the parties to follow”. The court further reiterated the famous speech of Swami Vivekananda in which he mentioned the story of Rama,where in absence of Sita, as a substitute, a golden statue of Sita was made, in order that the ceremony could be accomplished.

According to Justice GR Swaminathan of the Madurai bench, Section 12 of the Special Marriage Act of 1954 offers the couples the freedom to choose any method of marriage solemnization as long as it is accepted, acceptable, and does not go against public policy. The court also considered several historical events in which weddings were recognised even though one or more parties were missing. Many nations have recognised proxy weddings throughout history.

The court also took note of a recent ruling from the Kerala High Court, where Justice PB Suresh Kumar declared that the legislation needed to adapt to the demands of a changing society and that the Information Technology Act should be interpreted pragmatically.

The court noted that the right to marriage was a fundamental human right and that Sections 12 and 13 of the Special Marriage Act, 1954 should be interpreted in a way that upholds this right because the Division Bench of the Madras High Court had not issued a ruling to the contrary. Thus, the court approved the previous method of marriage solemnization.