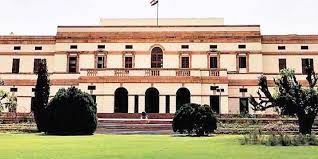 The Delhi High Court recently ruled giving validity to the dismissal order passed against BSF Constable over “non-disclosure” of FIR registered against him when he was a minor. This was seen in the case of Anil Kumar Vs. Union of India (W.P.(C) 2074/2018) and the case was presided over by the Hon’ble Mr. Justice Suresh Kumar Kait and Hon’ble Mr. Justice Saurabh Banerjee.

The petitioner claims that being a minor, he was wrongfully accused in the FIR. He omitted information regarding the FIR when he applied for the position of Constable in the BSF. He completed his training after being appointed. The BSF learned about it when conducting the verification, and on February 4, 2012, they sent him a show-cause notice. His response was deemed unsatisfactory, and on February 18 of that year, he was fired from his position without any pension benefits. On March 7, 2016, the appellate body rejected his appeal.

Through his learned counsel, the petitioner claims that there was no need to disclose the FIR as he was a minor at the time of the FIR and has the protection of Section 19 and Section 21 of the Juvenile Justice Act, 2000.

The respondent argued that at the time of filling out the form, the petitioner filled in false information and even gave a vague response to the show-cause notice.

The court further stated that at the time of response of show-cause, the petitioner was an adult and would have responded sensibly and honestly by giving accurate information but the petitioner again lied about the same.

“Without going into the merit or the status of the FIR, the petitioner was duty-bound to truthfully appraise the respondents about the actual true status thereof. Having not done so, the petitioner is grossly guilty of both withholdings and divulging wrong facts about the FIR on more than one occasion. Such a statement and the act(s) twice do not behoove a soldier, especially the one who is on the verge of joining BSF,” the bench said.

The Court upheld the dismissal order by denying protection under Juvenile Justice Act, 2000 thus non-disclosure qua the pendency of an FIR is not fatal, and cannot come to the aid of the petitioner as they have no application to the facts of the present case as the situation is different therefrom.