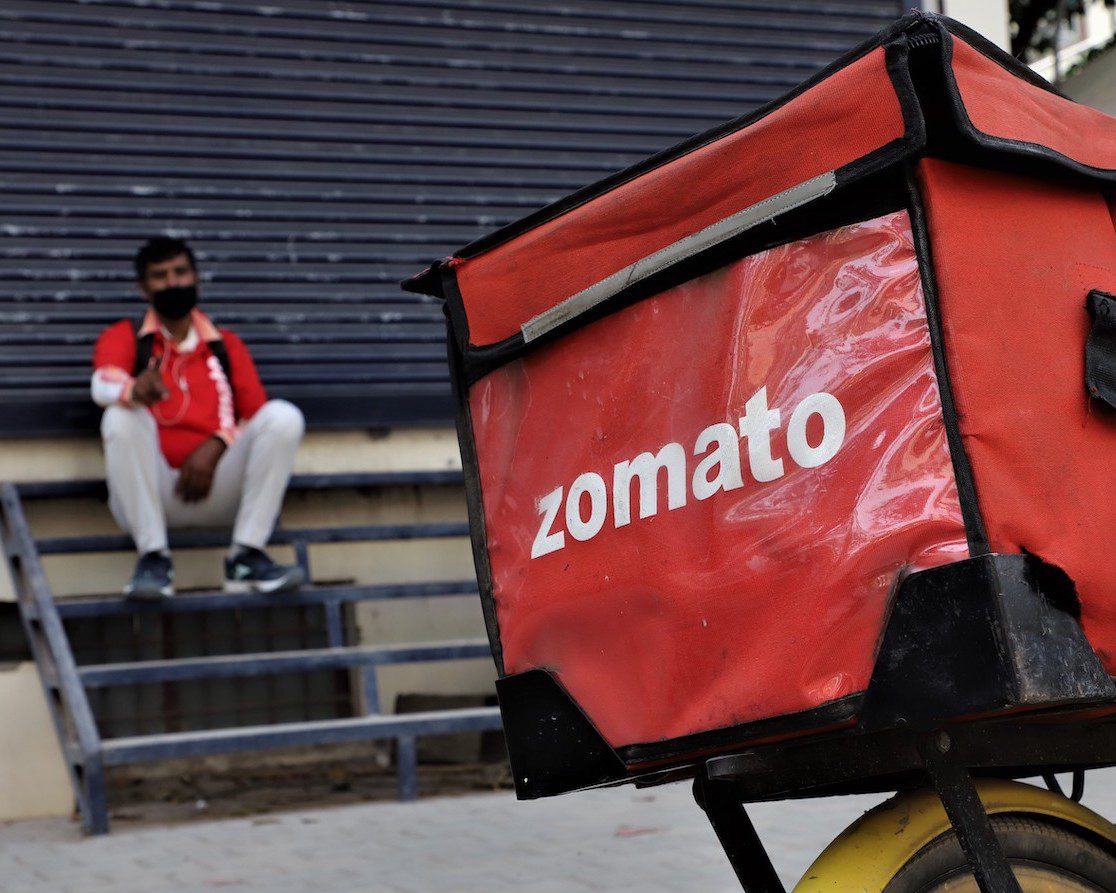 In 2008, Deepinder Goyal and Pankaj Chaddah established the Indian restaurant aggregator and food delivery public limited company Zomato.The company increased its operations in 23 countries and India over time.Zomato has used equity funding to raise a total of $2.5 billion since 2010.Despite being a new company, the Company has acquired 14 businesses since 2008.On January 21, 2020, Zomato made an all-stock acquisition of UberEats, followed by the acquisition of Blinkit, a company that makes instant gratification products, for Rs.4,447 crores, or $569 million, in a stock-only transaction.

Albinder Dhindsa and Saurabh Kumar founded Blinkit, formerly known as Grofers, in Delhi in December 2013 as a platform for instant grocery delivery.The business has grown to include all of India’s major cities over the years.Equity funding has helped Blinkit raise a total of $1 billion.Blinkit bought two businesses, namelyMygreenbox on April 10, 2015, and Townrush on October 27, 2015, respectively.Blinkit applied for unicorn status in August 2021 by raising $120 million from Zomato and Tiger Global.The Zomato Limited Board of Directors approved the purchase of Blinkit for Rs. 24 on June 24, 2022.4,447 billionAround the end of August 2022, the deal was done.

Zomato wanted to enter the e-commerce grocery industry, which was dominated by Amazon Pantry, Big Basket, Grofers, and other players, with the acquisition of Blinkit.The company, which is already a multinational provider of restaurant aggregation and food delivery, repeatedly attempted to enter the fast commerce grocery and essentials delivery service but was unsuccessful.To alleviate the situation brought on by the COVID-19-induced lockdown, which resulted in the closure of all restaurants, Zomato launched a 45-minute grocery delivery service in April 2020.The company, on the other hand, resumed its food delivery services after the lockdown was lifted.In July 2021, Zomato entered the market once more, but in September 2021, the company ceased operations due to logistical issues.By acquiring Blinkit, Zomato did gain a significant advantage over the competition.

Zomato’s customer wallet share will rise following its acquisition of Blinkit.Customers will also be able to place regular food orders from restaurants and orders from Zomato’s Hyperpure, which is a B2B supplier for restaurants, through the addition of a Blinkit and Hyperpure tabs to the company’s app.Zomato has constantly attempted to combine ideas in order to monopolize the customer base across all of its subsidiary platforms.

Zomato will be able to save money on delivery if the two companies decide to share their fleet.In contrast to Zomato’s regular food deliveries, which are highly dependent on factors like distance and quality assurance, Blinkit, which is driven by Quick Commerce, has a time-bound delivery pattern.In addition, there are more orders placed per hour with time-bound delivery than with regular food delivery.In order to reduce the cost of operating a better food delivery business over time, the company intends to make investments in the ecosystem that surrounds the business.

Zomato’s profitability index will rise as the e-commerce company frequently deals in CPG brands.Due to its e-commerce-driven business, Zomato’s GOV (Gross Order Value) will rise over time, which will raise its gross profit margins.”Blinkit’s GOV is quickly catching up with Zomato’s GOV in some key markets, therefore indicating that quick commerce will add a significant new addressable market to our business in the long term,” Deepinder Goyal, co-founder and CEO of Zomato, stated.”Quick commerce platforms that facilitate 10-20-minute deliveries, are growing 20-25% faster in volumes than the ones that make deliveries in four hours or longer,” states an FMCG company (fast-moving consumer goods).

Why didn’t Blinkit succeed and agree to be bought?

Operational model for quick commerce “Quick Commerce” refers to a new industry in which a company delivers a product quickly—usually within an hour or two.The “dark stores,” “overly paid delivery boys,” and “efficient delivery management system” are the three fundamental components of the quick commerce operational model.

Dark Markets:Due to a cash shortage, Blinkit was beginning to delay payments to its vendors.As a result of changing its name from Grofers to Blinkit, the company was facing a severe cash crunch, which had an effect on the business’s operations.Due to the fact that there was only one dark store per 2-3 km instead of the usual one per 6-7 km, the company had to close approximately 50 dark stores, which increased its operating costs.Delivery Boys Paid Excessively:Fast conveyance is a fundamental essential to the speedy trade business which demands the record-breaking accessibility of conveyance young men.As a result of the company’s severe cash crunch, Blinkit was unable to afford the necessary workforce, leading to the layoff of numerous employees.System for delivery management:Blinkit was unable to develop an effective delivery management system due to the aforementioned factors, which completely negated the purpose of quick commerce.

The all-stock arrangement between Blinkit and Zomato

On June 24, 2022, Zomato made the acquisition of Blinkit, which was for Rs 4,447 crore in equity.According to Zomato’s letter to the BSE, the board has approved the purchase of up to 33,018 equity shares of Blink Commerce Pvt Ltd from its shareholders for a total purchase price of Rs 4,447.48 crores.Hyperpure, a business-to-business marketplace, has acquired HOTPL (Hands on Trade Private Limited), a warehousing and related services provider, from Blinkit for Rs 60.7 crores.For every ten Blinkit shares, Blinkit shareholders will receive one Zomato share.In exchange for a stake that is more than 10% of Blinkit, Zomato invested $100 million in the company in March 2022.

How to Buy a Business in India

Utilizing strategies organized to maximize profits and minimize risks is one way to ensure that the merger and acquisition process is completed efficiently.

In India, it is absolutely necessary to carefully examine the company’s memorandum of association to determine whether it contains the necessary merger-related provisions.

The share swap plan is accompanied by a number of shareholder governance and rights issues.Since both the target and the acquirer frequently have investors at various stages of the company’s life cycle, a conflict may arise if new shareholders are offered the same requirements as existing shareholders.

The Effect of Company Law

All mergers in India must be approved by the National Company Law Tribunal (NCLT), and the Companies Act requires that at least 75% of the relevant shareholders and creditors consent to the merger.

In the event of an unlisted corporation, a report from a registered valuer chosen by the board of directors or audit committee is also required.Before the annual general meeting, the share swap ratio and this share exchange must be made public.

Section 68 of the Income Tax Act would not apply to the transaction because a share swap involves shareholders receiving shares of the acquiring company as part of the deal and is not a share transfer.As a result, investors in the acquired company are exempt from capital gains tax.

Tax authorities also closely examine merger agreements that only involve the transfer, rollover, or set-off of losses from the merging company for tax purposes.A merger plan that has been approved by the NCLT is typically regarded as tax-neutral unless Indian tax authorities believe that the agreement was drafted to avoid paying taxes or to violate general anti-avoidance laws.