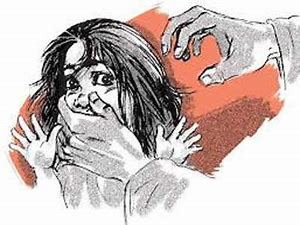 In the case of State of U.P. v. Govind Pasi along with a connected appeal (CRIMINAL APPEAL No. – 1004 of 2018), the Allahabad High Court recently mitigated a death sentence for rape and murder to life in prison, noting that the defendant was 20 years old when the crime was committed in 2013, and that he now, at the age of about 29, has dependents in the form of a wife and children. Convicted/appellant was 20 years old when the offence was committed, and he now has wife and kids as dependents. There is no proof that the accused had any prior planned or preponderance when they did the offence. There is no information in the files to suggest that the accused’s behaviour cannot be improved. The trial court has not heard any evidence to support the claim that the defendant is a seasoned criminal. The bench of Justices Ramesh Sinha and Renu Agarwal upheld the appellant’s conviction while setting aside the death punishment the trial court had imposed and changing it to a life sentence. “No criminal background of the appellant is mentioned during the trial,” the bench stated. The court was essentially dealing with a capital reference as well as a criminal appeal brought by one Govind Pasi, who in May 2018 was found guilty of raping and killing a 10-year-old girl and was given the death punishment by Additional Sessions Judge, F.T.C.-I, Faizabad.

Facts: On January 29, 2013, the complainant (one Jamuna Prasad), claimed that his niece, who was the victim and was about to turn 10 years old, left for school but never came back. At around 7:30 p.m., the dead body of victim/deceased “X” was discovered in the field during a search. She had her scarf around her neck. Throughout the investigation, the convict’s name was revealed. The charge sheet was submitted to the court after the investigating officer gathered several pieces of evidence against the defendant. The trial court concluded that the defendant had violated Section 376 of the IPC. He received a death penalty verdict.

Judgement: The prosecution was able to establish that the victim was last seen with the accused, the court found after considering the facts, circumstances, and evidence presented in the case. The victim was on his way to school, the accused was adjacent to one Shri Pal’s field, and when the deceased “X” arrived on the field, the accused was already there, the court found that the chain of events was also closely tied. She was taken by the convict in her arms as she proceeded toward the field, where she was later discovered dead. In upholding the conviction order of the Trial Court, the Court noted that the prosecution had “established a complete chain leading to the conclusion that only the convicted appellant can commit the alleged crime and that none other than the convicted appellant can be suspected to have committed this crime similarly every hypothesis suggesting innocence of appellant is ruled out by such evidence and the irresistible inference which follows is his guilt.” Now, regarding the issue of the convict’s death sentence, the Court noted that it has been the topic of extensive social and judicial debate and catechism. The HC additionally noted that each case must be examined on its own merits by the court, and that the circumstances of the criminal must also be considered before the death penalty is imposed. The HC further noted that the trial court had considered the fact that the convict had raped and killed an innocent 10-year-old girl who was living alone in Delhi with her parents and maternal grandparents (Nana and Nani), who were there for the family’s support. As a result, the trial court had determined that the convict should receive the death penalty. The Court, however, opined that it was necessary to note that even though the convict had committed a crime that was abhorrent, vicious, and ferocious in nature and left a scar on society, it must also be taken into account that he was 20 years old at the time of the crime and now has dependents in the form of a wife and children. The court also found that there was no proof of premeditation or preponderance on the part of the accused in committing the offence, nor was there any proof that the accused’s behaviour could not have been improved. The Court concluded that the death sentence imposed on the convict under Section 302 IPC might be commuted into life in prison because it did not fit the definition of the rarest of rare cases that called for the death penalty. As a result, the Criminal Appeal was partially upheld, and the request to confirm the death punishment was thus denied.