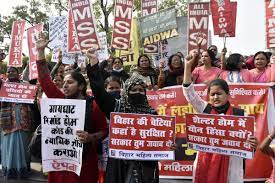 The Bihar government informed the Patna High Court on Thursday that the four-week investigation into the alleged scandal at the Gaighat shelter home in the state capital will be completed.

The assurance was given by Advocate General Lalit Kishore in front of a bench that included Justice S. Kumar and Chief Justice Sanjay Karol in Mukesh Kumar Sharma vs The State Of Bihar on (7 January, 2022).

After being forcefully drugged or given injections to make them unconscious, the girl inmate claimed that between 250 and 300 other female inmates were raped or gang raped while unconscious.She stated that she used to invite youths into the shelter home to sexually exploit female inmates in an unconscious state, and she accused Gupta of direct involvement.

The Social Welfare Ministry had cleared Gupta despite the serious charges and said that the victim was mentally ill.

“In this matter, the Patna district administration also acted negligently.” The victim’s voice was muted in every way possible by the District Magistrate, SSP, and other senior officers. According to Veena Manavi, convener of the Patna-based non-governmental organization Mahila Vikas Manch, “The Social Welfare Ministry has issued a letter in the matter and given a clean chit to the alleged superintendent without any investigation.”

She added that despite the pressure from the media and the Patna High Court’s consideration, Patna police did not file an FIR on the victim’s application until February 9.

The sensational claim prompted the Patna High Court to investigate the matter and direct the Bihar government to present an investigation report to it.

To investigate the incident, the Home Department had established a special investigation team led by ASP Kamya Mishra.

The case is still pending before the court.