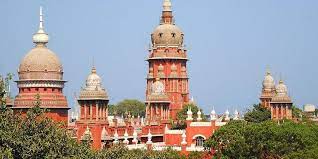 The Madras High Court directed the state Health and Family Welfare Department and Directorate of Medical Education to provide special reservations to the third gender/ transgender in the Post Basic (Nursing) Course admissions. This was seen in the case of S.Tamilselvi Vs. State of Madras (W.P. No.26506 of 2022) and the case was presided over by Honourable Mr. Justice R. Suresh Kumar.

The petitioner, a nursing student, 2018-19 applied for a Diploma in Nursing Course for Women. Though communal reservation was provided for the said courses, there was no separate reservation for the third gender viz., transgender. When she approached the court for relief, the high court directed the authorities to keep one seat vacant in Diploma in Nursing Course for Women for the academic year 2018-19 under the special category of Transgender. During the pendency of that case, she was given a seat for the course and she successfully completed it in 2021.

The petitioner this year applied for the course of Post Basic B.Sc. (Nursing) and Diploma in Psychiatry Nursing Course. However, she was treated only as a female candidate instead of the transgender candidate and was ranked 280. She again approached the court.

The petitioner’s counsel contended that in the case of National Legal Services Authority Vs. Union of India and others, the court had directed the Centre and the State governments to treat transgenders as Socially and Educationally Backward Classes of citizens and extend all kinds of reservations in cases of admission to educational institutions and for public appointments.

Therefore, she filed a writ petition under Article 226 and sought to grant reservation to the transgender community for social and economic upliftment.

The Court observed that the non-inclusion of the petitioner in the special category was not just a mere omission but against the principles laid down by the Supreme Court and the Transgender Persons (Protection of Rights) Act, 2019.

The Court admitted that if there would have been provisions for special category reservations, the petitioner would have been in the top position of the category list and would be in the position to get admission in the course concerned.

“On the State’s argument that the special reservation for transgender was not provided because only a few transgenders live in the state and therefore if a particular percentage of seats is reserved for them, they may get wasted for want of candidates”, the court said.

The Court acknowledged the historic case of National Legal Service Authority Vs. Union of India and Others claimed that the state should strive to create conditions for the social and economic integration of the transgender community.

Therefore, The Court had no hesitation to hold that the petitioner would be entitled to get a special reservation for the third gender viz., transgender category for admission in the said course for which the prospectus in question has been issued by the respondents. With this, the Court disposed of the writ petition.