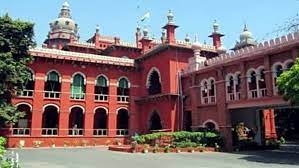 The Madras High Court took suo moto cognizance of the havoc created by online games like Free Fire, PUBG, and COD. The Court noted that the children who are on the verge of schooling and college students, have become addicted to online role-playing games like Free Fire, PUBG, Subway Surfers, etc., and it has taken a heavy toll on their physical, emotional, and psychological, social and academic life. This was seen in the case of Suo Motu W.P(MD)No.23708 of 2022 and the case was presided over by Honourable Mr. Justice R. Mahadevan and Honourable Mr. Justice Sathya Narayana Prasad.

The Bench was hearing HCP(MD)No.1515 of 2022, regarding the missing of a girl who was found to be addicted to playing an online mobile game namely, ‘Free Fire’, some of the Advocates who were present in the Court, also made complaints that their kids are also addicted to these types of online games.

The Advocates who were present in the Court produced some materials with regard to Free Fire Game and other online games and submitted that nowadays, online games such as PUBG, Garena Free Fire, Call of duty, etc., are famous among children and youngsters and most of the games are Chinese games. These online games became popular among youngsters especially, the school going children and college students. Since Free Fire Game consists of more violent activities, there is a drastic change in the behavior of the children or the person who is playing the said game.

The petitioners and the other lawyers told the Court that games such as Free Fire, PUBG, and Call of Duty, were immensely popular among youngsters and there were frequent cases of school children and teenagers stealing money or getting into other illegalities to continue playing these games.

The Court noted that though games such as PUBG, which propagate violence, had been banned by the government in 2020, some gaming companies revised their privacy policies and re-entered mobile play stores in 2021. It also took note that players of banned online games often use VPNs to circumvent the restrictions imposed by the government.

On the unregulated in-app messaging services that are a feature of these games, the Court expressed an apprehension that unassuming children would fall prey to data theft and extortion.

“Thus, the anti-social elements easily connect themselves through such games and get access to the private accounts of a person and steal all the personal data of a person, and then threaten him for money and also making harassment. These types of online games are causing evil threats to society.”

The Court directed the state and the Central Governments to report how these types of games that are detrimental to the well-being of society are still permitted despite the ban imposed by the Government of India. Therefore, it further directed the central government to take up the issue in the more considerable public interest.

The Bench thus directed the High Court Registry to register a writ petition on the issue. The Central and State governments were directed to suggest ways to regulate VPNs and YouTube channels that broadcast tutorials on online games and to create awareness among school children on the ills of online gaming.