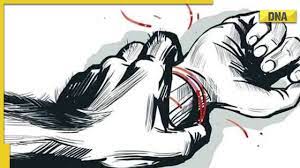 Justice AM Badar, a single judge, in Islam Mian @Md Islam vs State of Bihar (Case No.-248 Year-2018) rejected the argument that the sex was consensual because the survivor did not suffer any physical injuries, which indicates that there was no resistance.

The prosecutrix is a married woman with a four-year-old son. In the late hours of the night, she was pitted against an adult male at her own home. She might not be able to counteract the accused’s actions in such a circumstance. Furthermore, the Court ruled that “merely non-offering of resistance cannot amount to consent.”

In his judgment dated June 22, Justice Badar stated that Section 375 (rape) of the Indian Penal Code (IPC) makes it clear that consent must take the form of an unambiguous voluntary agreement demonstrating a willingness to participate in the sexual act.

The judge stated, “Proviso Clause of Section 375 makes it clear that only because a woman does not physically resist to the act of penetration, it cannot be regarded as consenting to the sexual activity.”

The Court was seized of a criminal appeal against a March 9, 2017, judgment of a sessions court convicting the appellant on charges of rape, house trespass, voluntarily causing harm, and criminal intimidation under Sections 376 and 452 of the Indian Penal Code (IPC).

Additionally, he was found guilty in accordance with the Scheduled Caste and Scheduled Tribe (Prevention of Atrocities) Act’s relevant provisions.

The appellant had received a ten-year rigorous prison term from the sessions court.

A laborer who had previously worked in the appellant’s brick klin was the survivor.She requested wages from the appellant after completing her work on April 9, 2015, but he refused, stating that they would be paid later.

The appellant burst in that evening, dragged the survivor into a room, and sexually assaulted her as she was preparing dinner in her home in a village in the Jamui district.

Despite this, the villagers captured the criminal and chained him to a tree as a result of her commotion. A First Information Report (FIR) was then filed.

The bench noted that the victim’s testimony was credible and supported by other witnesses while going over the evidence.

As a result, the court upheld the appellant’s convictions for rape and house trespass.

The appellant’s conviction for rape and house trespass was upheld by the Court. According to the legal website, it did, however, note that the evidence was insufficient to establish a case under Sections 323 (voluntarily causing harm) and 506 (criminal intimidation) of the Indian Penal Code and offenses under the SC/ST Act, so it acquitted him of those charges.