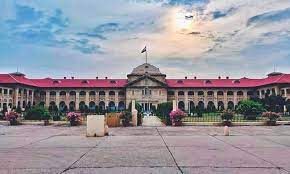 The Allahabad High Court has observed that a Muslim man has to prevent himself to perform a second marriage if he is not capable of fostering his wife and children, stressing that as per the mandate of the Holy Quran, bigamy is not sanctified unless a man can do justice to orphans. This was seen in the case of Azizurrahman Vs Hamidunnisha @ Sharifunnisha (First Appeal No. – 700 of 2022) and the case was presided over by Honorable Mr. Justice Surya Prakash Kesarwani and Honorable Mr. Justice Rajendra Kumar.

It was the admitted case of the plaintiff-appellant/husband that he contracted a second marriage and did not disclose this fact to his first wife (defendant/respondent), however, he wished to live with both of his wives and since the first wife refused to live with him and share his consortium with another woman, he filed a plea seeking restoration of conjugal rights. Having heard both parties, the Family Court dismissed the husband’s plea. Challenging this order, he moved to the High Court by way of filing the instant plea.

Under the circumstances, the Court further held that if the first wife does not wish to live with her husband-plaintiff appellant, then she cannot be compelled to go with him in a suit filed by him for restitution of conjugal rights.

“If the contention of the plaintiff-appellant/ husband for the grant of decree of conjugal rights is accepted, then from point of view of the defendant-respondent/wife, it would amount to a breach of her fundamental rights guaranteed under Article 21 of the Constitution of India,” the Court remarked.

Significantly, taking into account the fact that the husband had married again during the lifetime of his first time, leaving behind children born out of the said marriage, the Court referred to Sura 4 Ayat 3 of the Holy Quran to stress that as per Quran, bigamy is not sanctified unless a man can do justice to orphans, who in the present set of facts are the respondent and her children.

As per the mandate of the Holy Quran as noted above all Muslim men have to deal justly with orphans. A married Muslim man having his wife alive cannot marry another Muslim woman if he cannot deal justly with the orphan. A mandate has been given that in such circumstances a Muslim man has to prevent himself to perform a second marriage if he is not capable of fostering his wife and children,” the Court remarked as it dismissed the appeal filed by the Husband.