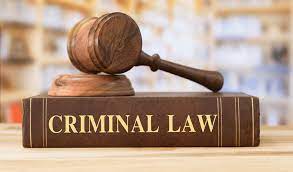 The Karnataka High Court has said that criminal law cannot be set into motion for recovery of money paid under a contract unless the offence of cheating or criminal breach of trust is established.

This was seen in the case of AMIT GARG v. STATE OF KARNATAKA (CRIMINAL PETITION NO.4856 OF 2021) and the judgement was presided by a single judge bench of Justice M Nagaprasanna.

In the present case, the petition was filed by one Amit Garg to quash the proceedings initiated against him under sections 419 and 420 of the IPC and Sections 66C and 66D of the Information Technology Act, 2000.

The petitioner contended that the entire issue is in the realm of contract. There was no cheating on the part of the petitioner and there was no dishonest intention at the inception.

The complainant refuted the submissions by saying though the dispute lies in the realm of contract, the dishonest intention of the petitioner to cheat was there right from the inspection i.e when the supply was made and he would contend that the entire consignment of masks could not be put into use as they were of poor quality.

At the outset, the High Court relied on the Supreme Court judgment in the case of Sushil Sethi v. State of Arunachal Pradesh wherein the Apex court considered the entire spectrum of law about the interplay between the contract and cheating,

“The case at hand involves both incurable infirmities for setting the criminal law in motion – one it is initiated for breach of contract and the other it is initiated for recovery of money. Therefore, further proceedings if permitted to continue against the petitioner, would degenerate into harassment and result in the miscarriage of justice, for which the case at hand becomes a fit case for exercise of jurisdiction of this Court under Section 482 of the Cr.P.C. and obliterate the impugned proceedings.”

The bench relied on Section 415 of IPC and said, “It mandates that whoever by deceiving any person fraudulently or dishonestly induces the person so deceived to deliver any property is said to cheat.”

Further, the court held, “There was no cheating in the case at hand and the offence under Section 419 of the IPC also cannot be laid against the petitioner.”