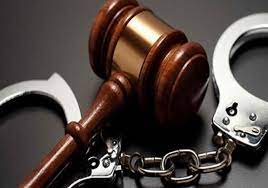 FACTS OF THE CASE–

Kul Hind Jamiat-Al Quresh Action Committee had filed a petition claiming that the closure infringes on their fundamental right to food. During the previous hearing on August 30, Justice Bhatt who pressed over the case had remarked “You can restrain yourself for one or two days from eating”

The Single-Judge Bench of Justice Sandeep N Bhatt observed that the closure was neither unreasonable, nor violated any fundamental rights, since it was ordered only for two days. The High Court made the observations, while hearing a petition filed by Kul Hind Jamait-Al Quresh Action Committee, challenged the closure of the only slaughterhouse in the city. The Bench further said that the order did not violate Articles 14, 19(1)(g) and 21 of the Constitution.

The petitioner had contended that the High Court, in its December, 2021 order, had directed the AMC to abstain from controlling the food habits of people. On December 9, 2021, the High Court had reprimanded AMC for seizing food stalls selling non-vegetarian food in the city. The plea also brought to the notice of Justice Bhatt, a recent decision of the Punjab and Haryana High Court, which stayed the decision of Haryana government to close meat shops and slaughterhouses in Ambala district for nine days owing to the Jain festival.

However, Justice Bhatt found the petition meritless and dismissed it.