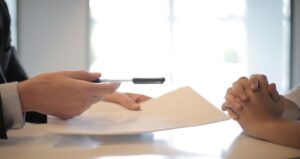 In the case of Priyanka Shrimali v. State of Rajasthan & Ors. Civil (Writ Petition No. 14345/2021), a 3-judge bench of the Rajasthan High Court including Justices Sandeep Mehta, Vijay Bishnoi, and Arun Bhansali observed that the use of the word ‘unmarried’ in Rule 2(c) of the Rajasthan Compassionate Appointment of Dependents of Deceased Government Servant Rules, 1996 depriving a married daughter from right of consideration for compassionate appointment, violates the equality clause and cannot be countenanced.

The said rule had come up for consideration before the Division Bench of this Court in the case of Smt. Sumer Kanwar vs. State of Rajasthan and Ors. [2012(1) WLC (Raj.) 99], wherein the validity of the rule was upheld.

“It can thus be seen that the consistent view expressed by various High Courts through Single Bench, Division Bench and Full Bench has been that the rule or proviso under the scheme which excludes a married daughter while including a married son within the definition of ‘dependent’ of deceased government servant, is discriminatory and violative of Articles 14 and 16 of the Constitution. We may also note that the State of Rajasthan itself has now amended the rule in question and has specifically included a married daughter within the definition of the term ‘dependent’.” The High Court opined that the marriage by itself cannot be a disqualification and, therefore, the definition barring a married daughter from seeking compassionate appointment merely on the ground of her marriage is apparently arbitrary and violative of Articles 14, 15 and 16(2) of the Constitution of India.