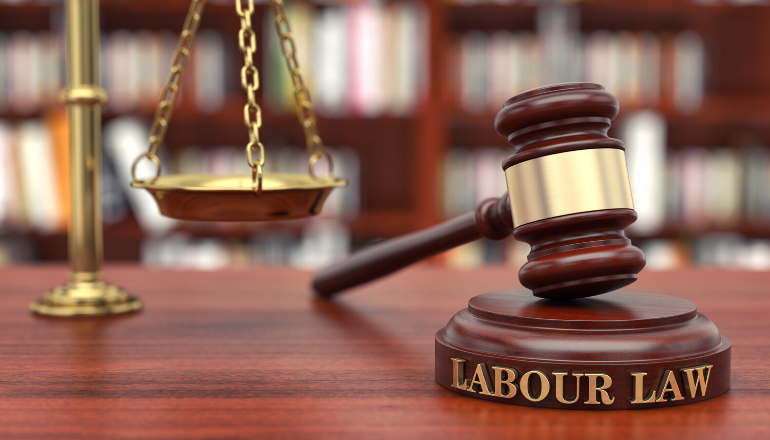 The petition is disposed of by HIGH COURT OF MADHYA PRADESH AT INDORE in the case of NEERAJ V. SUDHIR AGRAWAL through HON’BLE JUSTICE VIVEK RUSIA

FACTS OF THE CASE
The facts of the case are that the petitioner has filed the present petition being aggrieved by the order dated 12.04.2019 passed by Labour Court, Ratlam in case No.22/2018 whereby an application filed under Section 33 of Industrial Disputes Act, 1947 read with Section 151 of C.P.C. has been dismissed. According to the petitioner, he was appointed as News Reader on 27.05.2000 and since 30.05.2016, he is working as News Editor. In compliance of the judgment dated 07.02.2014 passed by Apex Court in Writ Petition No. (Civil) No.246/2011, he is entitled for benefit of the pay scale as per the recommendation of Majithia Pay Board but the respondents are not intending to give the benefit. In the pending reference, he has filed an application under Section 33 of Industrial Dispute Act, 1947 seeking injunction against the respondents that during pendency of reference they be restrained to change his services conditions or transfer him to some other place. The said application came up for consideration on 12.04.2019 and same came to be dismissed. Learned Court has declined to restrain to respondent to transfer him to the Office at Gaya (Bihar) and also declined to prosecute under section 25 (T) (U) for adopting unfair labour practice. Hence, present petition before this Court. After notice, the respondents have filed reply that the petitioner is holding transferable post hence he can be transferred as per terms and condition of the appointment order as well as service condition. On administrative ground, he has been transferred Office of Gaya (Bihar) but due to malafide intention hedid not join there. It is further submitted by the learned counsel that during pendency of the aforesaid reference, respondents have issued deputation letter on 16.03.2019, since the petitioner did not join the transferred place, the respondents have conducted domestic enquiry and passed the order of termination on 05.12.2019. The petitioner has filed an application (I.A. No.110/2020) under Section 16A of the Working Journalists and Other Newspaper Employees (Conditions of Service) and Miscellaneous Provisions Act, 1955 seeking stay of the order of termination, which has been rejected by the learned Labour Court.

JUDGEMENT
In this case, the learned Court has dismissed the application as Section 17(2) of the Act, 1955 does not talk about any change of service condition. Learned Labour Court has failed to examine that the Act, 1955 only regulates the certain conditions of service of working employees and other persons working in the Newspaper establishment. Under Section 3, the provisions of the Industrial Dispute Act,1947 have been made applicable to the working journalist as they apply to or in relation to the workman within the meaning of this Act., therefore, section 33 of the Industrial Dispute Act applies in the pending reference under Section 17(2) of the Act, 1955. The working journalist are having the same protection as has been given to the workman under the Industrial Dispute Act,1947. Apart from this Section 16A of the Act, 1955, also gives protection to the working journalist and other employees. Admittedly, during pendency of reference before the Labour Court, the respondents have transferred the petitioner and thereafter terminated him from services due to non-compliance of transfer order. The Trial Court is required to examine whether the petitioner has been transferred in order to victimize him as he is claiming the implementation of Majithia Pay Board which might casts heavy financial liability on the respondent and in such situation provision of Section 16A of the Act, 1955 will apply or not, therefore, matter is remitted back to the Labour Court to examine the act of the respondents under Section 33 of Industrial Act, 1947 as well as Section 16A of the Act, 1955.
PRIME LEGAL is a full-service law firm that has won a National Award and has more than 20 years of experience in an array of sectors and practice areas. Prime legal fall into the category of best law firm, best lawyer, best family lawyer, best divorce lawyer, best divorce law firm, best criminal lawyer, best criminal law firm, best consumer lawyer, best civil lawyer.