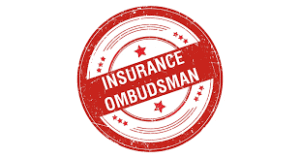 According to the facts of the case, the bench was hearing a petition filed under Article 227 brought by an insurance company challenging the Insurance Ombudsman’s judgement awarding relief to the complainant in an insurance complaint.

Dr Fakhruddin Chhatriwala (insured) acquired a life insurance policy from the petitioner via HDFC Bank. He said he had no pre-existing conditions. When he died while undergoing treatment, the hospital noted that he had Diabetes Mellitus/Hypertension. His wife filed an insurance claim for Rs. 75 lakhs. The petitioner learned that the insured was being treated for schizophrenia and hypertension. The petitioner refused the insurance claim, claiming that he withheld pertinent details regarding his medical history on purpose. The wife appealed to the Grievance Redressal Committee (GRC), which affirmed the decision of the petitioner.

The insurance company further contended that the Ombudsman lacked jurisdiction since the claim exceeded the pecuniary jurisdiction. Chhatriwala’s wife stated that she was willing to settle the claim for Rs. 30 lakhs.

The reliance was placed on the 2017 Rules to establish that an Insurance Ombudsman, like a tribunal, exercises quasi-judicial powers while adjudicating a complaint. The court noted that the term “tribunal” in Article 227 of the Constitution must be liberally defined to encompass all statutory authorities vested with quasi-judicial authority, even if they are not labelled as such.

The bench paid reliance on the case of M/s Amrit Versha Udyog Pvt. Ltd v. Uttaranchal Power Corporation Ltd. [2016 SCC OnLine Utt 2384], in which the Uttarakhand High Court had stated that when an authority is obligated to act judicially under the legislation, its decisions are often considered quasi-judicial. The court based its conclusion on the Apex Court decision in Columbia Sportswear Company v. Director of Income Tax [(2012)11 SCC 224], in which the Authority for Advance Rulings was held to be a tribunal under Articles 136 and 227 of the Constitution. The court decided that the precedent set in Columbia Sportswear would apply to the present case as well.

Accordingly, the award passed by the Insurance Ombudsman was set aside.