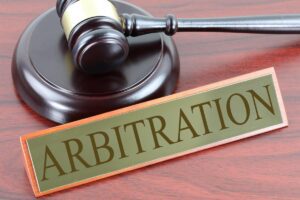 The Gujarat High Court on 5th August 2022 ruled that a party cannot seek the appointment of an arbitrator over a “dead” cause of action or revive a claim that is barred by the Law of Limitation, through the single bench of Chief Justice Aravind Kumar in the case of Dipakkumar Nathabhai Patel vs Narmadaben Dhirajlal Radadia & 2 other (s) (Petition under Arbitration Act No. 173 of 2018).

The Petitioner had filed Regular Civil Suits seeking various reliefs due to certain disputes. The Petitioner then issued notices to the Respondents requesting permission for the appointment of a sole arbitrator, which was opposed. As a result, the present petition was filed.

The court remarked that the firm was unregistered and that the Petitioner had not signed the dissolution deed. Furthermore, the Petitioner had accepted the orders arising from the Regular Civil Suits, but he was attempting to ‘take umbrage’ with a 2018 order arising out of a 2005 Civil Suit for the appointment of an Arbitrator.

The Bench further observed that the Petitioner was aware of his removal since 2005, but he did not seek arbitration for reasons best “known to him”. In two of the cases, the trial court stopped the proceedings in 2007, stating the existence of an arbitration clause in the deed. Even so, the Petitioner had failed to approach the High Court for the appointment of the Arbitrator. The Petitioner had erroneously failed to invoke the arbitration clause and had instead filed civil suits. Thus, even if the suit had begun in March 2010, the cause of action to sue had expired after three years.

The Bench also reviewed Section 43(1) of the Limitation Act, concluding that the Court might opt not to exercise powers in an arbitration dispute where it is clear that the claims are ex-facie time-barred, dead, or there is no ongoing dispute.

The case of Bharat Sanchar Nigam Limited and Others v. Nortel Networds India Private Limited [(2021) 5 SCC 738] was referred by the bench wherein it was reiterated that the Court must conduct a preliminary first review to filter out plainly ex facie non-existent and invalid arbitration agreements, or non-arbitrable disputes.

Accordingly, the present petition was dismissed.