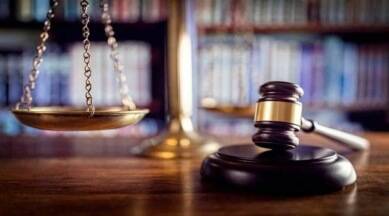 The Bombay High Court passed a judgement on Wednesday, the 27th of July, in the year 2022 in which the court quashed the notice issued by the Sadar Police Station in which it used the power of section 149 to curb the construction conducted by the petitioners. This was seen in the case of M/s. Rai Udyog Ltd. vs. State of Maharashtra & Ors(Criminal Writ Petition No.622 Of 2021) and the judgement was passed by a bench comprising of The Honourable Mr. Justice Manish Pitale and The Honourable Mr. Justice Valmiki SA Menezes.

The petitioner who is a Company has approached this Court challenging the notice dated 28.06.2021, issued by the respondent, the State through Police Officer In-charge, Sadar Police Station, Tahsil and District of Nagpur, in which the respondent is exercising power under Section 149 of the Code of Criminal Procedure, 1973, and has restrained the petitioner in carrying out construction on a piece of land, which according to the petitioner, is owned by them. This was done until an appropriate order is obtained from the competent Court in that regard. It is recorded in the impugned notice, that the notice was given due to the alleged existence of a Dargah on a part of the said land, where devotees gather and pray.

The court in its judgement said, if the manner in which the respondent has sought to exercise power under Section 149 of the Cr.P.C. is upheld, it would lead to a situation, where development or other such activity could easily be stalled by individuals creating a law and order situation, whereupon a person or an entity seeking to undertake lawful activity, would be asked to approach the Civil Court and in the interregnum, the Police Officer would exercise power under Section 149 of the Cr.P.C. to virtually issue orders of injunction, which would lead to unfair chaos in the process of justice. The police should have tried to stop the cognizable offence that would have arisen from the devotees gathering and not prevent the company from lawfully doing their construction.

The court in its judgement said the impugned notice is wholly without jurisdiction as the company was carrying out development activity/construction lawfully and this was not a cognizable offence and, on that ground, it deserves to be quashed and set aside.

The court also said any person aggrieved with the situation can approach the competent Civil Court for appropriate relief.