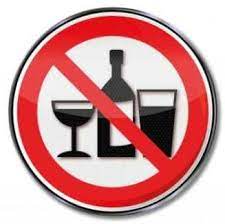 The Gujarat High Court on 5th May 2022 ruled that it was not allowed for the Investigating Officer to rely on other evidence that was not part of the chargesheet to allege that the Applicant was involved in the crime in question, through the single bench of Justice Nikhil S. Kariel in the case of Rajendrakumar Manilal Jaiswal vs State of Gujarat (Special Criminal Application No. 2753 of 2015).

The applicant seeks the quashing of a Criminal Complaint registered with the Gandevi Police Station on 29.12.2014, for offences punishable under Sections 66 (1)b, 65AE, 116(2), 81, 98, and 99 of the Gujarat Prohibition Act, as well as Criminal Case No. 231 of 2015 arising from the impugned FIR, which was pending before the Additional Chief Judicial Magistrate, Gandevi, Dist. Panchmahal.

The Applicant had challenged the FIR since he was not initially included in it, but following the investigation, his name was added to the charge sheet based on the statements of the co-accused. Even though the fact that there was no evidence to substantiate the allegations, the chargesheet stated that the Applicant was the principal purchaser of prohibited goods. There was also no proof that the Applicant had transported the vehicle loaded with prohibited goods.

The APP, on the other hand, argued that the chargesheet expressly stated that the prohibited goods were delivered to the Applicant and then transported in his truck.

Accordingly, the FIR registered against the applicant was quashed.