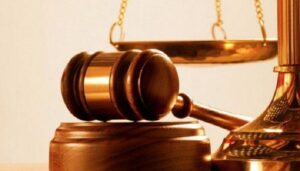 The Gujarat High Court on 6th May 2022 ruled that offences of Section 27 of the Drugs and Cosmetics Act and Sections 30 and 35 of the Gujarat Medical Practitioner Act cannot bring the detenu under the purview of the Gujarat Prevention of Anti-Social Activities Act, 1985, through the division bench of Justice S. H. Vora and Justice Sandeep N. Bhatt in the case of Shubhashchandra Sanatan Mallik through Babita Subhashchandra Mallik vs State of Gujarat (Special Civil Application No. 6609 of 2022).

The present petition was filed in response to the respondent – detaining authority’s order of detention dated 11.02.2022, which was issued in the exercise of powers conferred under section 3(2) of the Gujarat Prevention of Anti-Social Activities Act, 1985 (for short “the Act”) by detaining the petitioner.

The detenu stated that any illegal activity likely to be carried out or alleged to have been carried out had no connection or impact on the maintenance of public order and could only be described as a breach of law and order. It could not be alleged that the detenu’s acts had “changed the tempo of society or constituted a threat to the very existence of the ordinary life of the people in general.” By disturbing public order, the acts did not undermine the rule of law.

The AGP, on the other hand, supported the detention by arguing that the detenu was habitually indulging in such activities and so his activities could be brought under Section 2(c) of the Anti-Social Activities Act.

The division bench opined that the detention could not be legal, valid, or in accordance with the law since the offences filed against the detenu may be dealt with under the provisions of the relevant penal laws and legislation.

According to the Bench, there was no evidence on record to establish that the detenue’s actions disrupted the peace of society or disrupted public order, as defined by Section 2(c) of the Act. The bench further referenced to a Supreme Court judgment, Pushker Mukherjee vs. State of West Bengal [AIR 1970 SC 852], in which the distinction between ‘law and order’ and ‘public order’ was laid down clearly.

Accordingly, the petition was allowed and the order for detention was quashed.