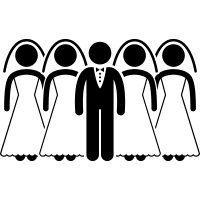 Impact of nullity of the marriage under section 25 of the special marriage act : high court of Calcutta

The decree declaring the matrimonial tie a void one on the ground of non – communication of marriage would render the allegations of the commission of offence punishable under section 498A of the Indian penal code otiose, is upheld by thehigh court of Calcutta, by the learned bench of Justice Joymalya Bagchiin the case of Sri Amitava Ghosh and others V. Th3 state of West Bengal & Anr, C.R.R.74 of 2013.

Mr. Kar, learned counsel appearing for the petitioners submitted that the defacto- complainant/wife appeared in the matrimonial proceeding and contested the same by filing written statement. In his submission he mentioned that after considering the evidence on record the civil court passed a decree of nullity of marriage on the ground of non-consummation. He further submitted that in view of section 41 of the Special Marriage Act a decree passed in the matrimonial proceeding is a judgement in rem which binds all parties and shall render the continuation of the impugned proceeding and abuse of process of Court.

On the other hand, Mr. Banerjee, learned Additional Public Prosecutor submitted that a marriage is a voidable one on account of non-consummation under section 25(1) of the Special Marriage Act. A voidable marriage subsists by and between the parties. It is declared void pursuant to an order passed by a Court of competent jurisdiction. In the instant case, marriage was declared void. Charge sheet had been filed prior to such date i.e. 31st October, 2011.

It was finally upheld by the court that it is true that the marriage between the parties had been void on the ground of non- consummation. There is also no controversy that a decree passed in matrimonial proceeding is a judgment in rem and binds the world at large. The impact of such a decree of nullity of the marriage under section 25 sub-section (1) of the Special Marriage Act on the ground of non- consummation and, therefore, required to be seen in respect of the impugned proceeding. It is settled law that a voidable marriage subsists till such marriage is declared to be void by a competent court of law. There is no dispute that the alleged offences occurred prior to the date when decree was passed by the Civil Court. Accordingly, the marital tie was subsisting at the material point of time when the alleged acts of torture and misappropriation of property took place. Hence, the decree of nullity on the ground of non-consummation would not result in exclusion of jurisdiction of the criminal court to try the alleged offences.