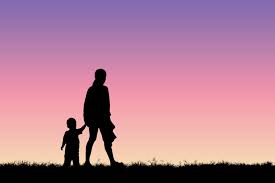 The Gujarat High Court on 16th June 2022 ruled that even if a mother attempts to sell her minor child’s property, despite being a natural guardian, she may be looked at with suspicion and denied permission to sell such property if relevant material details are not presented, through the single bench of Justice Umesh A. Trivedi in the case of Ramilaben Vijaykumar Patel vs NA (First Appeal No. 346 of 2022).

The appellants have challenged the refusal of permission to sell the minor’s share in the properties mentioned in the application in detail and referred to in the impugned order dated 07.01.2022 by the Addl. District Judge through the present appeal under Section 47 of the Guardians and Wards Act, 1890 read with Section 8 of the Hindu Minority and Guardianship Act, 1956.

The appellant contended that after her husband died in 2021, she spent a significant sum of money on their child’s school and education. She said that it was now difficult for her to handle her financial affairs and the aforementioned properties. It was said that she could not earn since she was not as well educated. In the absence of any other source of income, the properties jointly owned with the minor, as well as the share of other co-owners, were requested to be sold.

The appellants relied on a Kerala High Court judgement (2009) that stated that when a minor child is provided with education, food, and clothing and all other requirements are met, in the absence of anything brought out or recommended that the natural guardian has any adverse interest or any other motive in selling the minor’s property, normally permission should be granted to sell off the minor’s share.

After considering all of the facts and arguments presented, the court stated that the appellants’ application lacked material detail regarding the expenses incurred or necessary to be spent in the present or future. Nevertheless, in the appellants’ relied-upon judgement, when a parent had assigned his property to the minor, which needed to be auctioned, the Court reached the conclusion mentioned by the appellants after examining the evidence on record. As a result, the abovementioned authority was deemed inapplicable in the present case.

The court noted that at the time the application was filed, the child was still 16 years old and did not have to worry about his future education. As a result, the issue of selling the property for the child’s education, maintenance, and welfare was averted. Furthermore, it was held that just stating that the child is in the 12th grade with no additional information on how much money was spent on his studies or educational performance was unsatisfactory since the Court could not estimate the prospective expenses to be paid by the mother.

Furthermore, no information regarding the deceased husband’s occupation was provided other than the fact that he worked in agriculture. However, the application facts showed that the husband was dealing in a significant amount. The court could not rule out the idea that he was a builder who purchased agricultural property, converted it to NA with other partners, and then sold off NA plots. There was also no information about the husband’s savings. As a result, the court held that, in the absence of required and important details, the rejection of permission to sell off the minor’s share appeared to be correct.

Accordingly, the appeal was rejected.