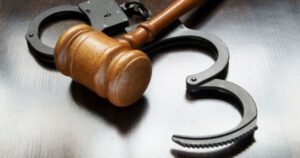 The Gujarat High Court on 20th June 2022 ruled that in exercising its powers under Section 439 of the Cr.P.C., it could not impose any condition that amounts to it exercising powers envisaged by some other law, through the single bench of Justice Niral R. Mehta in the case of Kirankumar Vanmalidas Panchasara vs State of Gujarat (Special Criminal Application No. 4953 of 2022).

According to the facts of the case, an FIR was registered against the petitioner for offences punishable under Sections 406, 420, 114, and 120(B) of the IPC, as well as Section 3 of the Gujarat Protection of Interest of Depositors (In Financial Establishments) Act, 2003 (the Act).  By the aforementioned FIR, the petitioner was arrested, and an application for regular bail was filed under Section 439 of the Cr.P.C.

The trial court approved, subject to certain conditions. The first condition was that the petitioner show a bank guarantee of Rs.33,06,695/- within two weeks after his release from custody. The second condition stated that if the I.O. was unable to recover the money, the bank guarantee would be forfeited in favour of the complainant-State.

The Court was questioned if it could impose such a condition while using its powers under Section 439 of the Cr.P.C., which amounted to exercising powers under another law.

After analyzing the facts and the provisions of the present case, the court determined that the Act itself included an inbuilt mechanism for dealing with offences related to the Act. According to the same, the Competent Authority was to take the necessary actions regarding the financial establishment, after which the Designated Court was to either make an order of attachment absolute or a portion of the assets or money realised from the attachment or to cancel the order of attachment.

Thus, it was held that the conditions imposed by the trial court under Section 439 of the Cr.P.C. were wholly beyond its jurisdiction since they amounted to usurping powers envisaged by Section 10(6) of the Act without following any specified procedure.

Accordingly, the petition was partly allowed.