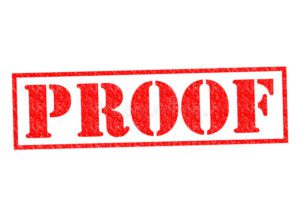 The Gujarat High Court on 4th July 2022 dismissed the State Government’s appeal challenging the acquittal of a person charged under the POCSO Act, citing a lack of evidence, through the division bench of Justice S. H. Vora and Justice Rajendran Sareen in the case of State of Gujarat vs Hasmukhbhai @ Harshadbhai Dayabhai Makwana (Criminal Appeal No. 1054 of 2022).

The applicant, in this case, had filed an application under Section 378(1)(3) of the Code of Criminal Procedure, 1973, seeking leave of this Court to present an appeal against the judgement and order of acquittal passed by the Sessions Court in Special (POCSO) Case No.35 of 2015 dated 16/12/2021, which acquitted the respondent accused of the offences punishable under sections 376(Chh) of the Indian Penal Code and sections 5 of the Indian Penal Code and sections 5(F)(M) and 6 of POCSO Act.

In the present case, the mother (Complainant) complained against the respondent accused of sexual assault on her victim daughter, then just 3 to 4 days later she alleged against her own husband of sexual assault on her victim daughter. The complainant stated two contradicting versions within 4 days against two people, and both claims were based on suspicion and doubt, one against the present respondent accused and the other against her husband.

According to the doctor, the victim’s hymen and perineum had redness but no injuries, and there was no blood. The Doctor admitted that the redness might appear for a number of different reasons. Furthermore, the school teacher in charge of the bus service had no knowledge of the incident and admitted to having received no complaints about the accused from any of the parents. The Panchas had become hostile as well.

The bench observed that the Complainant had accused the bus conductor of sexually assaulting her daughter on the one hand and her own husband on the other. Consequently, the Complainant provided two contradicting accounts within 4 days. Without a doubt, the alleged offence is shocking, but the gravity of the offence cannot be exaggerated in terms of legal proof. The Bench stated that mere suspicion and doubt cannot be considered convincing evidence to substantiate the allegations. The Bench held that the Trial Court correctly acquitted the Accused and that no mistake or irregularity was committed by the Trial Court.

Accordingly, the criminal appeal was dismissed.