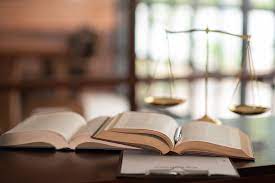 Education is not a luxury but a basic human right, the Andhra Pradesh High Court passed a judgment supporting this statement in the case of Unni Krishna v. State of Andhra Pradesh (Writ Petition (C) No.607 of 1992), through the learned bench lead by Sharma, L.M. (Cj) in the year 1993. Although the right to education is not expressly mentioned in the Fundamental rights, still Articles 38, 39(a), (f), 41, and 45 of the Indian constitution make it obligatory for the state to provide education to citizens. Article 21 provides the right to live with dignity which cannot be achieved without the right to education. UNDHR by the United Nations in several cases that held the right to life encompasses more than “life and limb” including necessities of life, nutrition, shelter, and literacy.

Judgment: – The petitioner argued that education institutions shall be treated as an industry and asked the court to uphold their right under Article 19(1)(g), they asked for the right to earn revenue, the right to profit, and the right to take capitation fees. They also argued that private institutions do not fall under the ambit of article 12, meaning it is not considered State, so private colleges do not become instruments of the state by affiliating or recognizing themselves to the government. Therefore, no state government has the right to regulate the functions of these private institutions, as such acts may affect the quality of the education they provide. Hence they are not states and so they are under no obligation to provide free education, and so the institution should be given the autonomy to collect fees and money.

The state argued that it is not possible for the government to provide free education to students above the age of 14 years due to a lack of economic resources, as the government does not have enough budget and only limits itself to primary education as stated in article 45. The state also argued that providing education is not commercialization and the institution shall have some responsibility towards the nation. The state also argued that the private institutions are exploiting the general public by charging a lot of fees and there is a need to regulate their fee structure.

While delivering the judgment the court held that the right to education only exists for children below the age group of 14 years under Article 21, court also held that 19(1)(g) allows colleges to earn profits, but the fees will be regulated by the government. And the court also directed the state to regulate these colleges by asking all the private colleges to be compulsory affiliated. According to the court, the establishment of colleges must only be through trust. Another controversial direction given by the court was to reserve 50% of its seats which will be filled through the Centre Entrance Test(CET) only. The court was of the opinion that education should not be commercialized and the college has the right to earn profit to a limited extent, therefore capitation fees were denied but adequate fees to be charged were permitted. The maximum fees to be charged shall be fixed by a fee fixation committee (fee ceiling).

Therefore, it is safe to say that this remarkable judgment upheld the ethos of a welfare state and ensured the right to education is provided, and separated it from market forces and commercialization. The Unni Krishna judgment diluted the effect of the Mohini Jain Judgement but still higher education was regulated.